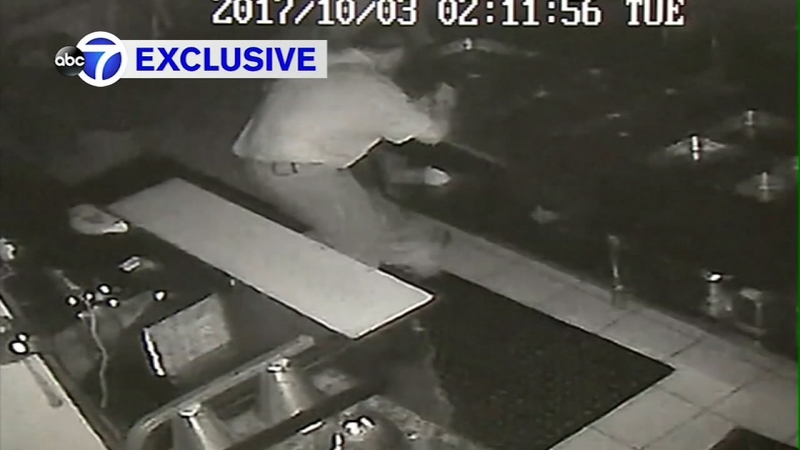 NEW YORK (WPVI) -- A hungry burglar broke into a Mexican restaurant in Long Island, New York and seemed to know his way around the kitchen.

Investigators said the suspect broke in through a back window at Nelly's Tacqueria around 2 a.m. Tuesday.

Surveillance cameras then show the man cooking himself a meal and even cleaning up after himself.

The owners say if he wasn't a crook, they'd hire him.

"He knew food safety skills. He would change gloves frequently after handling food and then handling another object," the manager said.

Investigators said the burglar also stole $100, but left $1 in the tip jar.