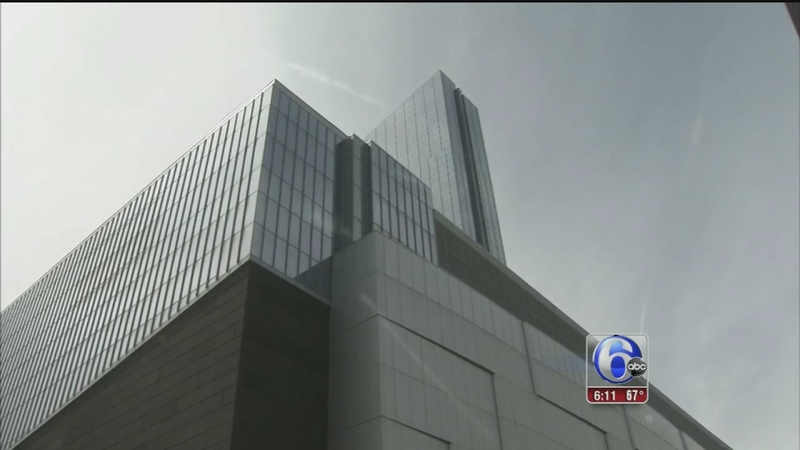 ATLANTIC CITY, N.J. -- Although generators have arrived at the site of the former Revel Casino in Atlantic City, that doesn't mean things have gotten any easier for the building's new owner.

The power is still off and developer Glenn Straub is being fined everyday there is no electricity.

On Wednesday, state inspectors looked over the three large portable generators that were brought in by Straub to remedy the outage.

However, now there's a new problem.

ACR Energy, the original power supplier, threatened to take court action because they don't want Straub to connect to ACR equipment inside the shuttered casino.

"Right now they are unable to connect to the building. The reason is ACR is not allowing them to so we started to fine ACR as well," said Chris Filiceiello, Mayor Don Guardian's chief of staff.

It's a rough start for Straub who many hope will be part of Atlantic City's turnaround.

At City Hall, a talk was held on how to use social media to send a positive message.

They say, despite lost casino jobs, there is new housing going up.

At Harrah's, a new corporate conference center is due to open.

"That will bring Fortune 500 companies to Atlantic City who, along with going to their meetings and conferences, will dine here and shop here," said Dave Zuba, Casino Reinvestment Development Authority.

The new Bass Pro Shop is slated to open on Wednesday night.

Sandy Bailey and her husband were taking in the scene.

They say, in order to re-invent itself, Atlantic City needs something more.

"That's entertaining for everybody - not just the parents in the casino or just the shopping. It needs something for kids to do too and have fun," said Baily.

Which brings us back to where we started.

The new owner of the old Revel has talked about a variety of new attractions - from an equestrian center to a family friendly water park.