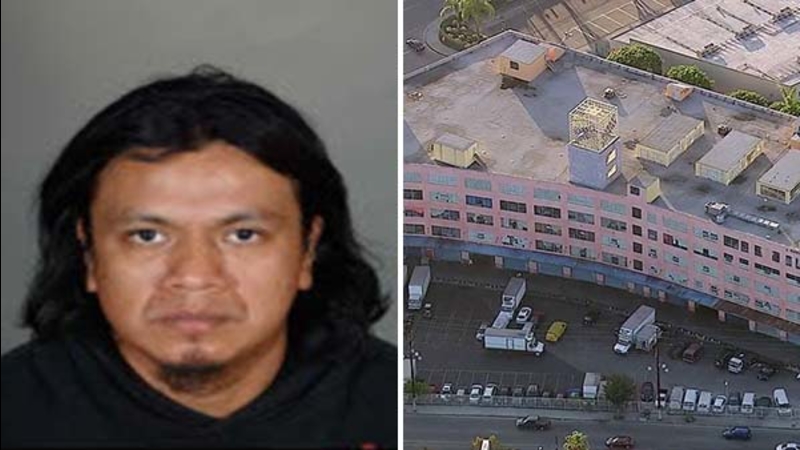 LOS ANGELES -- A man stabbed a 3-year-old girl to death at a clothing factory in Los Angeles, according to authorities.

Los Angeles police said the attack happened in the 800 block of McGarry Street at about 5 p.m. on Monday.

Officials said a family member had just dropped the 3-year-old girl, identified by police as "Baby Ruby," off at her mother's work after picking her up from day care.

A male co-worker who had worked at the factory for about three weeks suddenly stabbed the child multiple times, according to police.

Authorities said the girl was rushed to the hospital where she died.

The suspect, later identified as 34-year-old Ricardo Utuy, fled the scene, according to officials.

Police said Utuy and the child's mother worked at the same location but had minimal contact with each other.

Utuy, who later turned himself in, had no relationship with the mother or the child, according to authorities.