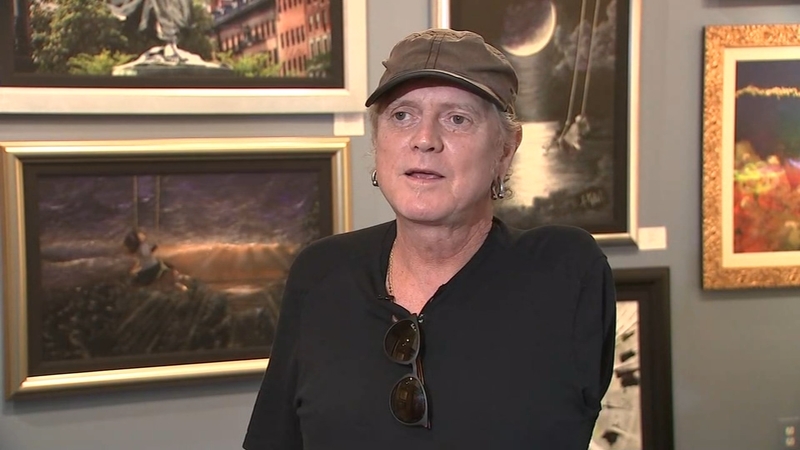 But many may not know that Allen is also a world-famous artist, and he's bringing his original creations to two different parts of the tri-state area this weekend.

Action News had a chance to chat with Allen, who also uses his art to give back.

Living with trauma of his own, Allen uses art as a sort of therapy.

And with every sale, he's spreading love and support to wounded warriors.

Allen will be at the Wentworth Gallery in both Atlantic City, New Jersey, and King of Prussia, Montgomery County, this weekend and says each piece on display represents a part of his journey.

Allen joined Def Leppard when he was just 15-years-old. The drummer has been dubbed "The Thunder God" by fans.

When he was 21, a car crash led to the loss of his left arm, but he kept on drumming and now, painting.

"Whenever you see all the pieces together, they're all little windows into my life experience," he said.

From his British pride to his journey across the pond and his artistic homage to other musical icons, it's all on display.

"I probably wouldn't have started playing music had I not been inspired by these incredible people," he said, showing off his paintings of Jimmy Hendrix, Prince, Janis Joplin, and other musical icons.

With events canceled this past year amid the COVID-19 pandemic, Allen lit up his art studio.

"I lose myself in the moment, which is the same as what I do when I play music," he added.

In both art forms, Allen has found a sort of healing. And that's why a portion of his proceeds goes to wounded warriors through his personal charity, Project Resiliency.

"I suffered from PTSD as well, so I understand what extreme trauma is, even though it's not combat-related," Allen said. "It's trauma all the same."

Whether you're a fan of his music, art, or his humanity, Allen said to stop by and say hello.

"I figure I'm not going to be doing this forever, so it's easy for me to make somebody's day," he said.