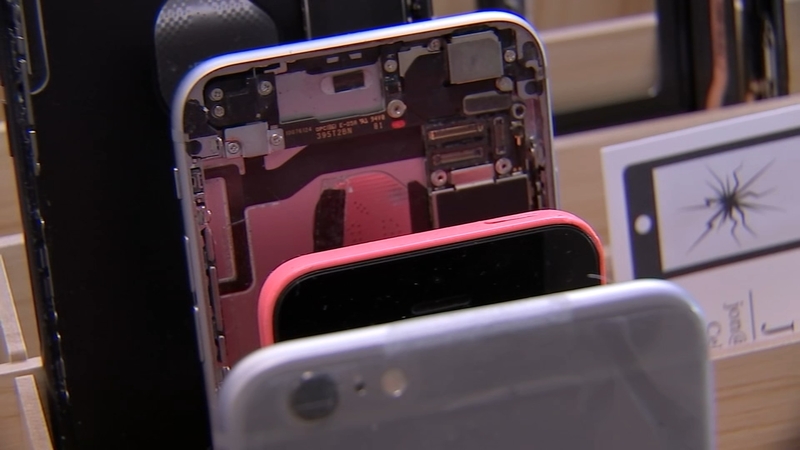 This is something that affects everyone with a smartphone. When your device breaks, you might feel limited by where you can go to get it fixed and how much the repair costs. But there is a strong push to give consumers and independent shops more choice.

Consumer advocates estimate Americans throw away 416,000 cell phones every day and only 15 to 20% of electronic waste is recycled. The solution they've come up with is called "Right to Repair."

It's a familiar scenario.

"I accidentally dropped my phone while just walking around the house and the glass covering on the camera lens broke," said Julian Jordan.

He went to the Apple store to get it fixed.

"They quoted me $600 to replace a small glass covering," he said.

Shocked by the $600 quote, Jordan went one block away to an independent repair shop. And while in many cases, a consumer's only option for a fix is with the manufacturer, in this case there was another one.

Frederick has partnered with the Public Interest Research Group to push for the "Right to Repair".

"Right to repair is about giving consumers the right to access service information, replacement parts and any specialized tools that they need to repair their devices," explained Emma Horst-Martz who is a campaign associate for PennPIRG.

The first win for Right to Repair was with cars when auto manufacturers were ordered to make parts and diagnostics available to everyone, not just dealerships.

Now PIRG is working on other products and not just smartphones.

"This includes vacuum cleaners, toasters, gaming consoles and every sort of electronic device that you can think of," said Horst-Martz.

Apple came under fire two years ago for intentionally slowing down phones with older batteries. At the time, Apple claimed it was to reduce performance issues. But those issues could have been fixed by replacing the battery, which Apple doesn't make available to customers or third-party businesses.

There is a glimmer of hope. This past summer Apple announced a new repair program to provide training and equipment to third party vendors.