'I got a good picture of you:' Father grills daughter's first date over Ring doorbell intercom 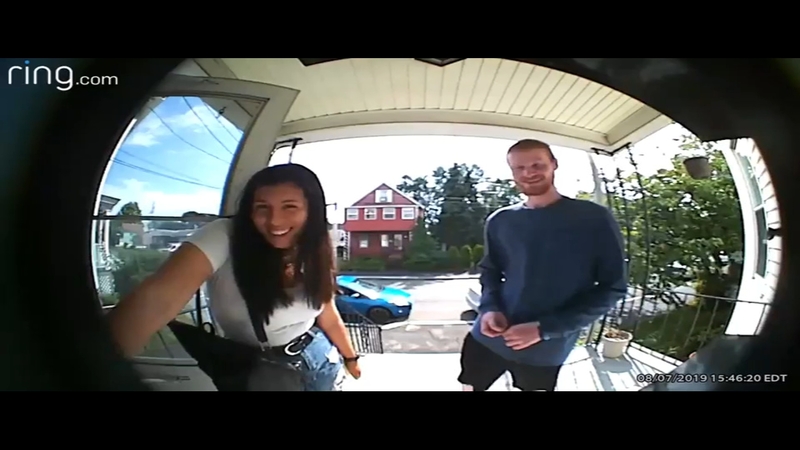 Many fathers want to meet their daughter's dates at the front door.

One Massachusetts father couldn't be there in person due to work, but he used technology to his advantage.

"I get to see your face, but you don't get to see mine. Hahaha!" the father said over the intercom.

Father Pedro Lugo made sure to grill his daughter Grace's new date, Jared Downey, before he left the front porch.

Lugo made sure Jared knew he had a good picture of him already. Like a good dad laying down the law, he also set up some parameters before letting him get away.

"Just make sure you treat her correctly because that's my first daughter," Lugo said.

"You don't have to worry, sir," Jared assured him.

Then Lugo set the curfew, which Grace playfully tested.

"Don't make me look for you. Because I will, you know I will," Lugo said.

Lugo even made sure his other son took a photo of Jared's license plate before he pulled away from the curb.

We spoke with Grace's brother Tuesday and it seems like things are going well.