'Rise' is based on the real-life story of the Antetokounmpo brothers, the first trio of brothers to become NBA champions
OTRC
By Danny Clemens 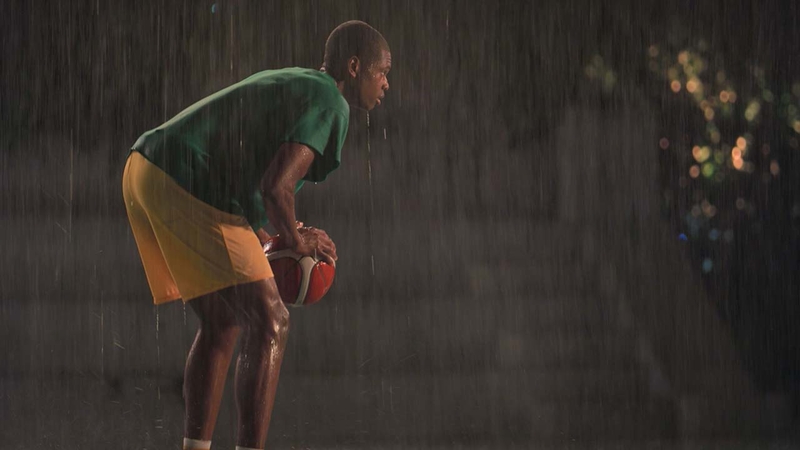 WASHINGTON -- "It's not where you start, it's where you finish."

That's the fatherly advice that Giannis and Thanasis Antetokounmpo's dad gives them in a new clip from the upcoming Disney+ original film "Rise" that premiered exclusively on On The Red Carpet this morning. It shows the brothers during the early stages of their basketball journey, underscoring the influence and inspiration that their father Charles had on their history-making career.

"That's why we fall," he adds during a particularly trying training session in the pouring rain. "We fall to get back up." Watch the clip in the video player above.

"Rise" is based on the real-life story of the Antetokounmpo family, including brothers Giannis, Thanasis and Kostas, the first trio of brothers to become NBA champions in league history - Giannis and Thanasis while playing for the Milwaukee Bucks and Kostas as a Los Angeles Laker. Their brother Alex is also a professional basketball player.

The film follows the family after Charles Antetokounmpo and his wife Vera emigrate from Nigeria to Greece, showing their efforts to provide for their family under the threat of deportation and secure Greek citizenship through a flawed immigration system that "blocked them at every turn," according to the film's synopsis. Meantime, Giannis and Thanasis begin playing basketball on a local youth team and discover their talent and passion for the sport. The rest, of course, is history as Giannis, Thanasis and Kostas are eventually drafted into the NBA.

The film also includes original music co-written and performed by the eldest Antetokounmpo son, who is known under the stage name Ofili.