Abortion rights: What other laws may be impacted if SCOTUS overturns Roe v. Wade?

"I have never heard of anything like this leaking out," said Temple Law's Larry Farnese.
WPVI
By Dann Cuellar 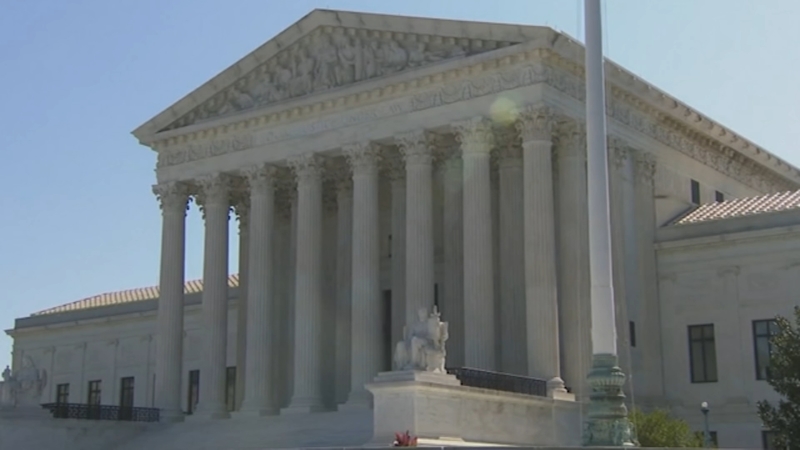 PHILADELPHIA (WPVI) -- Protests over the leaked U.S. Supreme Court draft opinion that would throw out the court's Roe v. Wade ruling sent people into the streets around the nation.

In Philadelphia, a large group of abortion rights protesters gathered outside City Hall Tuesday. Many held homemade signs while others chanted, "Tell them Roe must not go."

There's no question that abortion has been one of the most divisive issues in the United States.

But some argue that if this Supreme Court decision becomes final, it could undermine other rights crafted under the premise of Roe v. Wade.

“TELL THEM ROE MUST NOT GO” - chants from protestors outside the federal courthouse in Center City https://t.co/VixNvtSyL8 @6abc pic.twitter.com/tPDdDd5fNm

"It's the most dramatic setback we've had in 50 years," said Kathryn Kolbert, who had argued Planned Parenthood v. Casey before the Supreme Court.

The 1992 case was widely credited with saving Roe v. Wade. She now finds herself disappointed with the leaked draft opinion to overturn that case and Roe, but she's not surprised.

"I always knew that the court would return the question of abortion to the states because there are five very ultra-conservative justices," said Kolbert.

On the other side of the spectrum, there's Tom Stevens of the Pro-Life Union of Greater Philadelphia.

"Across the country, it'll be really exciting. It'll be great because there are states that have laws that will make abortion illegal," said Stevens.

But no matter where they stand on the issue, all sides were stunned the Supreme Court draft ruling was leaked, including Temple Law adjunct professor Larry Farnese.

"I have never heard of anything like this leaking out. The court is very protective of its information," said Farnese.

Legal scholars now wonder about other rights that were crafted on the coattails of Roe v. Wade.

"There's language in that decision which at least opens the door for the court to address other fundamental rights," said Farnese.

"Things like gay marriage. Things like contraceptive use. Things like the ability to make decisions about religion -- all of those things could be undermined because this court is just shucking out the notion that the due process clause has meaning and is protective of people's civil rights and civil liberties," said Kolbert.

The court confirmed the authenticity of the leaked draft, which was dated to February, and Chief Justice John Roberts said he had ordered an investigation into what he called an "egregious breach of trust."

Opinions often change in ways big and small in the drafting process, and a final ruling has not been expected until the end of the court's term in late June or early July.

SEE ALSO: Where do lawmakers stand on abortion rights in Pennsylvania, New Jersey and Delaware?