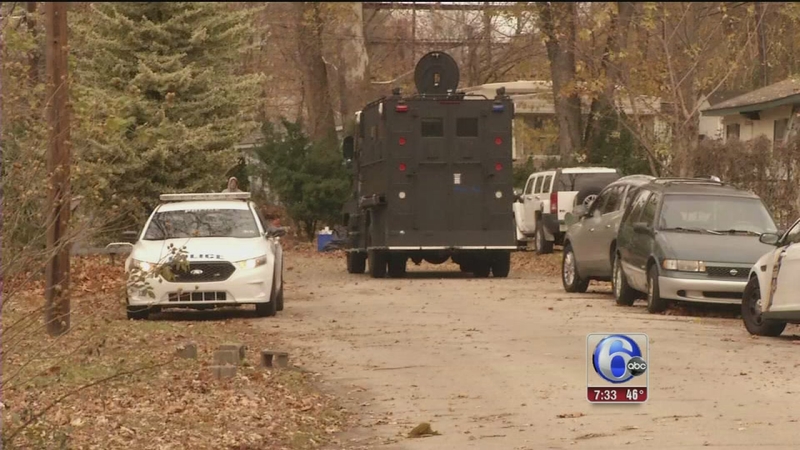 ROXBOROUGH (WPVI) -- Police say a suspect barricaded inside a home has died after a self-inflicted gunshot wound.

The incident began around 5:30 a.m. Saturday along River Road.

The suspect's next door neighbor tells us she heard gunfire.

"At 5:16 we called the police because we heard the gunshots," said Robin Jay of Roxborough.

That's when a perimeter at least a mile wide was set up.

Approximately 25 homes were evacuated, and a standoff began.

"Cops and cars. You couldn't get through," said Arlene Berman of Roxborough.

"It was like something out of a TV show, something I've never seen. Everyone was evacuated expect my mom and I. We were told to shelter in place," said Jay.

After several attempts to make contact with no luck, police say they sent in a robot and saw that it was over.

"At that point we made entry into the property and confirmed the male was dead from what appears to be a self-inflicted gunshot wound to the head," said Sullivan.

Many guns were found inside the home, police say.

"I'm just glad that it's over," said Berman.

"The police did a marvelous job, that's all I can say," said Jay.

SEPTA halted the Norristown-Manayunk Line during the standoff. It has since resumed service.

The Schuylkill River Trail was also closed as a safety precaution. It has since reopened.