What we know about the investigation into Rudy Giuliani 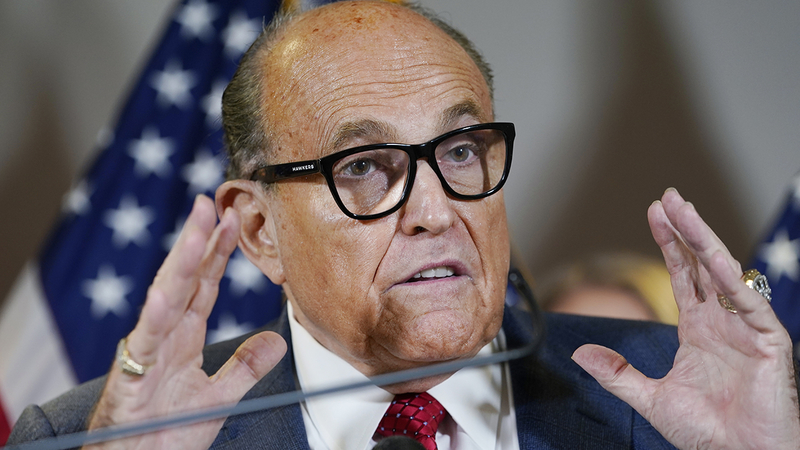 What we know about the investigation into Rudy Giuliani

The warrant, carried out as part of an ongoing investigation by prosecutors in the Southern District of New York (SDNY) over Giuliani's work on matters related to Ukraine and his business dealings with two indicted Soviet-born associates, marks a significant step forward in the investigation targeting the personal attorney to former President Donald Trump.

Giuliani's lawyer, Bob Costello, confirmed the search took place and denied any wrongdoing by Giuliani. "They're trying to make Rudy Giuliani look like a criminal. He has done nothing wrong," Costello told ABC News on Wednesday.

But Giuliani is now facing growing legal scrutiny -- and the Southern District's investigation is not the first time he has faced potential legal trouble related to his work with Trump.

Here is what we know.

News of the Southern District's probe first broke in October 2019, when businessmen Lev Parnas and Igor Fruman were arrested on their way out of the country as part of what the government said was a "foreign national donor scheme" that sought to funnel foreign money to American political candidates.

Parnas and Fruman, who have pleaded not guilty to the charges against them, also reportedly assisted Giuliani in his efforts to dig up dirt on Joe Biden, then the Democratic rival of his main client, President Trump -- an effort that would eventually become an issue in Trump's first impeachment.

Parnas and Fruman became central figures in the impeachment inquiry, with Parnas turning over photographs and audio and video recordings to congressional investigators, multiple sources familiar with the matter told ABC News at the time. The material included audio and video of Giuliani and Trump.

Just before the impeachment trial began, ABC News first reported on a recording that appeared to capture Trump telling associates he wanted the then-U.S. ambassador to Ukraine fired while speaking at a small gathering that included Parnas and Fruman. The recording appeared to contradict Trump's earlier statements that he did not know the men.

Giuliani has acknowledged receiving $500,000 in payments for work he did for a company owned by Parnas and Fruman, telling ABC News at the time that he was retained by Parnas' business, named Fraud Guarantee, to do consulting work. Giuliani insisted that any money he took came from domestic, not foreign, sources.

ABC News reported in December that federal prosecutors in New York were considering pursuing Giuliani's electronic communications as part of the probe, two sources familiar with the matter said at the time.

Last fall, with a camera crew in tow, Giuliani met with and collected documents from Andrii Derkach, a former member of the political party of Ukraine's former pro-Russian president, from whom he sought damaging information on potential presidential challenger Joe Biden. The meetings, captured in extensive television footage, occurred just as the House of Representatives was preparing to bring articles of impeachment against Trump, and Giuliani publicly expressed his intention to circulate the information he had collected from Derkach and others to the highest levels of the U.S. government.

"He's going to make a report, I think, to the attorney general and to Congress," Trump told reporters at the time. "He says he has a lot of good information. I have not spoken to him about that information."

But the U.S. Treasury Department subsequently identified Derkach as a Russian intelligence agent in Ukraine, leaving Giuliani to explain how he had come to meet with him.

"I have no reason to believe he is a Russian agent," Giuliani said in a statement following the Treasury Department's announcement about Derkach. "There is nothing I saw that said he was a Russian agent."

"There is nothing he gave me that seemed to come from Russia at all," he added. "How the hell would I know?"

Experts have questioned whether these meetings or others Giuliani held during overseas travels should have triggered filings under the Foreign Agents Registration Act (FARA) -- a Cold War-era regulation that requires those lobbying on behalf of foreign interests to detail their efforts to the U.S. Department of Justice.

Joshua Rosenstein, a government ethics lawyer at the law firm Sandler Reiff Lamb Rosenstein and Birkenstock, told ABC News last year that FARA requirements "may well have been triggered" depending on how Giuliani was working with Derkach.

"If Giuliani was acting in any way at the specific request of, or under the direction/control/supervision of, the politicians with regard to any political activity in the U.S., then he would likely have to register," Rosenstein said.

Other areas of scrutiny

Outside of a federal investigation, Giuliani has in recent months found himself under scrutiny over other matters related to his work for Trump.

In the waning weeks of the 2020 election, Giuliani was once again in the spotlight when he claimed to have obtained a copy of a hard drive belonging to Hunter Biden, Joe Biden's eldest son.

The hard drive had come from a laptop that Hunter Biden had allegedly discarded at a Delaware computer repair shop, and which later made its way to Giuliani. The contents reportedly included emails, text messages, and photos purportedly belonging to Hunter Biden -- marking another effort by Giuliani to probe the business dealings of the Biden family.

"This is Hunter Biden's emails, texts, and really the photographs will shock the hell out of you," Giuliani said on Fox News at the time.

The incident was first reported by the New York Post and some of the laptop's alleged contents were subsequently released by Fox News and other media outlets. ABC News, however, was not able to independently verify the laptop's contents.