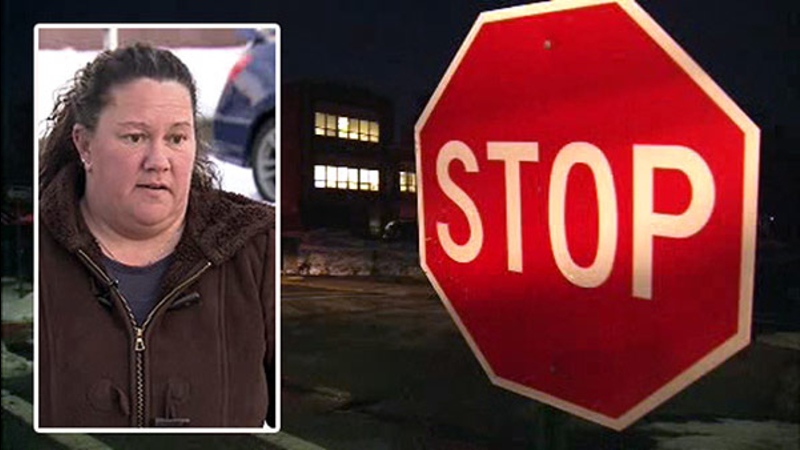 The 16-year vet reached out to Action News on our Facebook page after receiving a notice citing insubordination for breaking chain of command and texting the mayor to get a crosswalk cleared of snow.

"I was kind of surprised I was getting suspended for doing my job to the best of my ability, and try to keep other people's children safe," Bowne said.

Bowne recorded cell phone video Monday of the snow choked intersection that forced students to walk in the streets.

She says she sent a text to Mayor Nick Kappatos asking for help, though admitting she had been told last year the proper channel to contact.

"Sgt. Murray was who I should contact. I could not [contact him,] he wasn't working that day," Bowne said.

The mayor declined an on camera interview, but tells Action News, he forwarded Bowne's message to police and Public Works to get the intersection cleared.

The police chief wouldn't comment on what he says is a personnel issue,

But a statement was posted on the department's Facebook page Wednesday night saying:

The Borough of Runnemede and the Runnemede Police Department have in place specific procedures employees are required to follow to report situations they may believe constitute a threat to the health, welfare, or safety of the general public or themselves.

These procedures enable the Borough of Runnemede to provide a proper, coordinated, emergency response to situations as quickly as possible.


Bowne says it was an emergency.

"My first thought was the kids' safety. I called who I thought would get it done the fastest," Bowne said.

"That's her job, if she doesn't do that is she failing our kids? I feel like she's being wrongfully punished," parent Karen Impagliazzo said.

"It's like damned if you do and damned if you don't because if she doesn't take action and something happens to a child, who are they going to come down on? Her," resident Al Rhodes said.