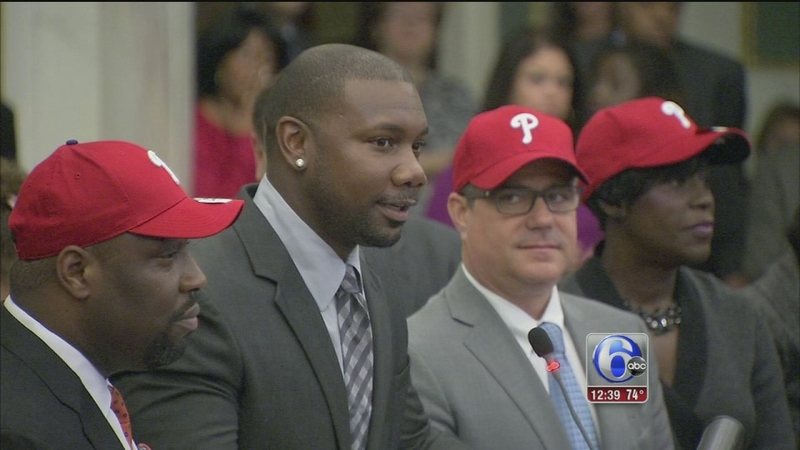 PHILADELPHIA (WPVI) -- Philadelphia loves Ryan Howard and on Thursday morning they made it official as he was honored at City Hall.