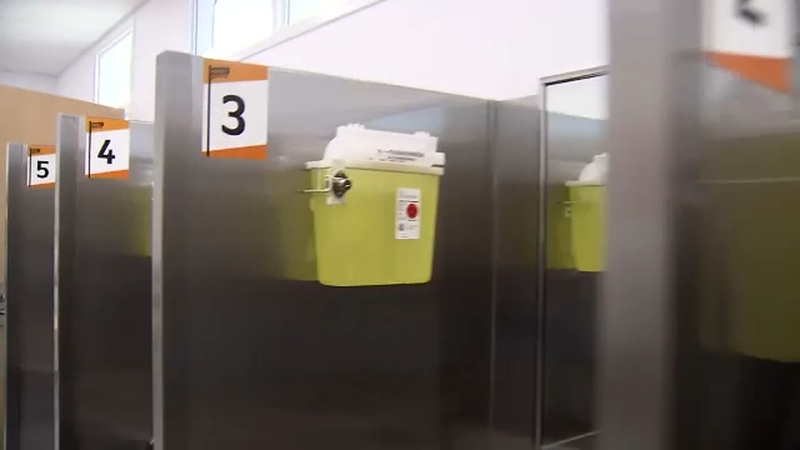 PHILADELPHIA (WPVI) -- A federal judge has ruled that a nonprofit seeking to open a safe injection site in Philadelphia would not violate a federal drug law known commonly as "crack house statute."

Safehouse, a non-profit chaired by former Governor Ed Rendell, wants to spend almost $2 million a year to operate a safe injection in Philadelphia.

Mayor Jim Kenney announced last year he and other city officials supported Safehouse's plan to open locations where people can inject drugs under the supervision of a doctor or nurse who can administer an overdose antidote if necessary. Philadelphia has the highest opioid death rate of any large U.S. city.

"We applaud the Court's affirmation of its earlier ruling that Safehouse doesn't violate the federal statute. The City will continue to support private operators such as Safehouse that seek to establish overdose prevention sites in Philadelphia," said on Tuesday.

During the summer, Kenney toured safe injection sites in Canada.

U.S. Attorney William McSwain sued Safehouse last year, arguing it's seeking to break the law and normalize the use of deadly drugs like heroin and fentanyl.

"We respectfully disagree with the District Court's ruling and plan to appeal immediately," said United States Attorney William M. McSwain. "What Safehouse proposes is a radical experiment that would invite thousands of people onto its property for the purpose of injecting illegal drugs. In our view, this would plainly violate the law and we look forward to presenting our case to the U.S. Court of Appeals for the Third Circuit."

Councilman Mark Squilla confirms to Action News that a lease has been signed for a safe injection site inside the Constitution Health Plaza at the corner of Broad and McKean streets in South Philadelphia. The supervised injection site would be the first of its kind in the country.

Squilla says he's not happy about how this process has been handled.

Safehouse had no comment on the Tuesday ruling but told Action News a press conference was scheduled for 10:30 a.m. Wednesday to discuss more details.