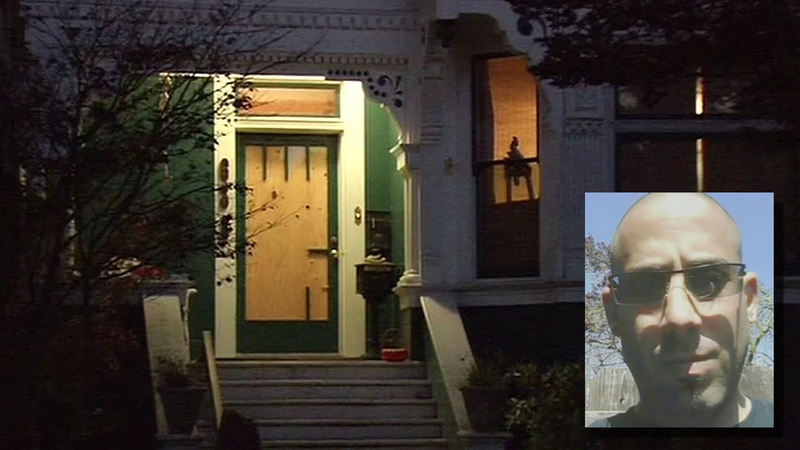 SANTA ROSA, Calif. -- Police have identified a man who was arrested on suspicion of killing his father with a sledgehammer at their east Santa Rosa home late Sunday night as 33-year-old Angelo Michael Lancaster.

Lancaster, who also is known as Kartar Khalsa, will be arraigned Tuesday afternoon on murder and burglary charges in Sonoma County Superior Court. He is being held under no bail in Sonoma County Jail.

Police are not yet releasing the name of the victim, who is in his 60s, Santa Rosa police Sgt. David Linscomb said.

Officers responded to the slaying in the 600 block of Wright Street when the victim's nephew called around 11:20 p.m., Linscomb said.

The father's body was found in an upstairs bedroom and Lancaster was found hiding in the backyard of the residence, Linscomb said.

The suspect recently was allowed to move back to the residence and was staying in an apartment attached to the main house on the property, according to Linscomb.

The suspect broke out the glass front door of the residence and entered the main house with a sledgehammer, Linscomb said.

After a short argument, the suspect strangled his father and bludgeoned him with the hammer, Linscomb said.

The suspect was apparently angry with his father over an earlier argument, Linscomb said.