Lockdowns lifted at schools in Parkside; suspect in police custody 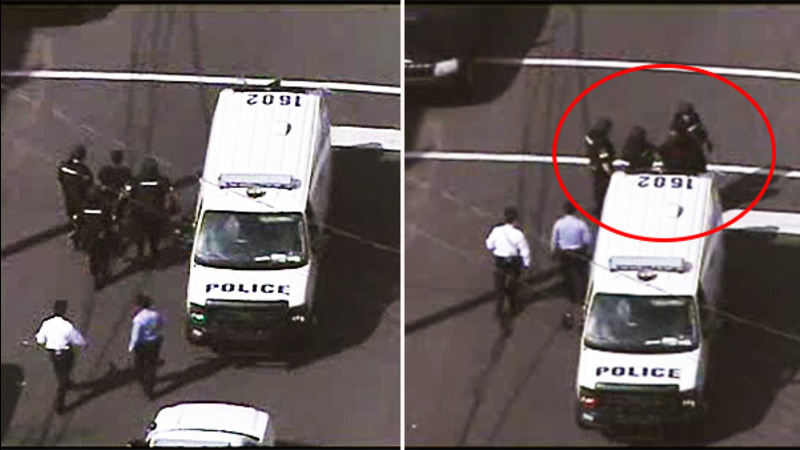 PARKSIDE (WPVI) -- Lockdowns have been lifted at three Philadelphia schools after police found and arrested a male suspect they had been searching for.

The Philadelphia School District confirmed that lockdowns were lifted at 11:05 a.m. Thursday at Blankenburg Elementary School, School of the Future and Philadelphia Learning Academy.

Chopper 6 HD was over 41st and Poplar Streets as police took a male suspect into custody.

The lockdowns were first announced around 10 a.m. as multiple police unit converged on the area around 41st and Poplar.

Three Philadelphia schools have been locked down as officers search for a male who fled from police.

Action News was told officers were searching for a male who had fled police.

The suspect was wanted in connection with a home invasion.

The three schools in the area were locked down out of an abundance of caution.

No students were harmed, and it appears, were never in any imminent danger.

Lockdowns have been lifted at three Philadelphia schools after police found and arrested a male suspect they had been searching for.