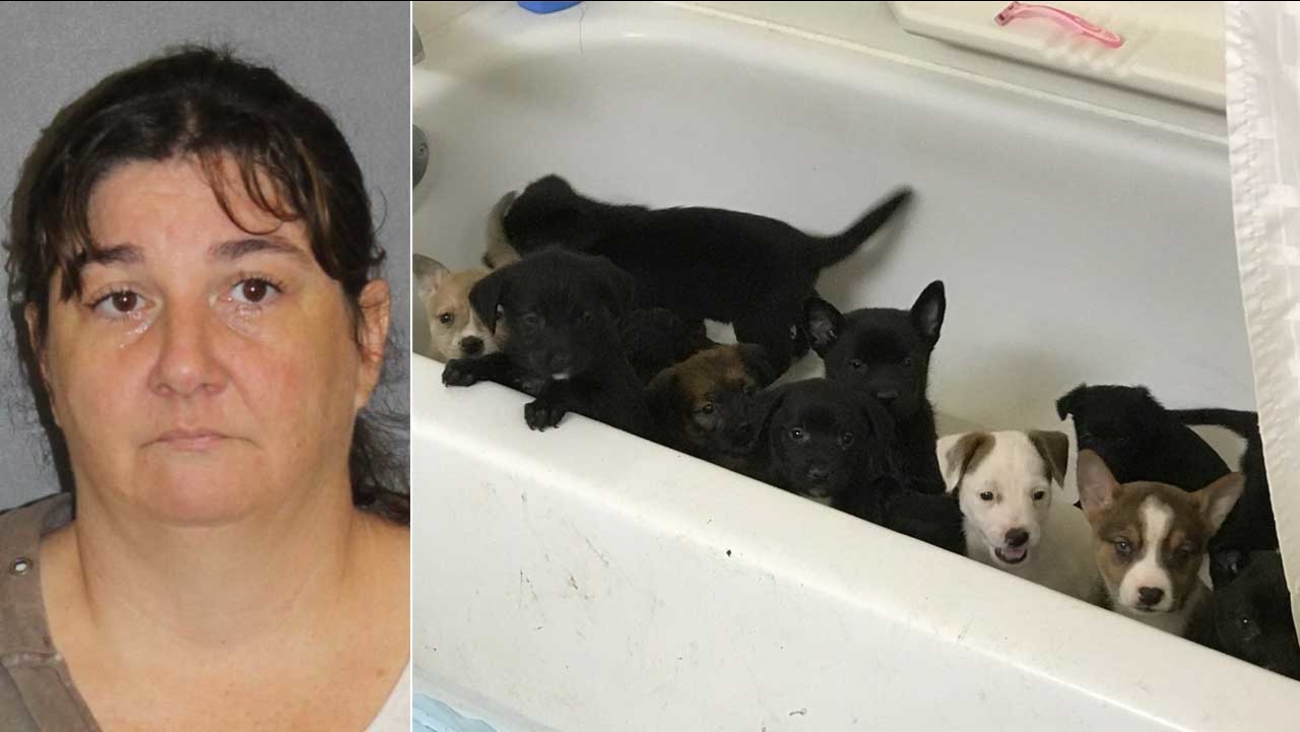 Megan Ann Hoechstetter is seen in a booking photo released by Irvine police.

IRVINE, Calif. -- A Seal Beach, Calif. woman has been charged with animal abuse after police said she set up a bogus dog rescue organization that led to the deaths of dozens of puppies.

Prosecutors said Megan Ann Hoechstetter was getting the puppies in Tijuana, Mexico, and then charging $400 per puppy to those who wanted to adopt them.

The 42-year-old is accused of advertising and selling the puppies without seeking veterinary care.

Between March 21, 2014 and March 1, 2017, Hoechstetter allegedly failed to provide appropriate care for more than 100 puppies, according to a press release from the Orange County District Attorney's Office.

She allegedly knew the dogs suffered from various viral and parasitic infections but failed to disclose the illnesses to those who adopted the puppies.

On Jan. 1, a family adopted a puppy named Bailey from Hoechstetter. Officials said the dog was seriously ill with parvovirus and died seven days later. The owners reported the incident to the Irvine Police Department, which began investigating the case.

When tracked down by officers on Jan. 11, Hoechstetter allegedly had six puppies for sale in the trunk of her car. Later that day, officers searched a hotel room in Cypress, where they said Hoechstetter was holding 13 sick puppies without proper accommodations.

Officials said approximately 30 puppies died or had to be euthanized soon after adoption. Nine of the puppies have been nursed back to health and are being put up for adoption.

The adoption will be handled like a lottery. Those interested can fill out paperwork from the Animal Care Center, and the lottery will be held at 2 p.m. on Wednesday. For more information, visit http://cityofirvine.org/ipdpuppies.

She has used the aliases of Megan Ann Nunez and Megan Ann Choate in the past. Irvine police also believe she may have operated under other false business names as well.