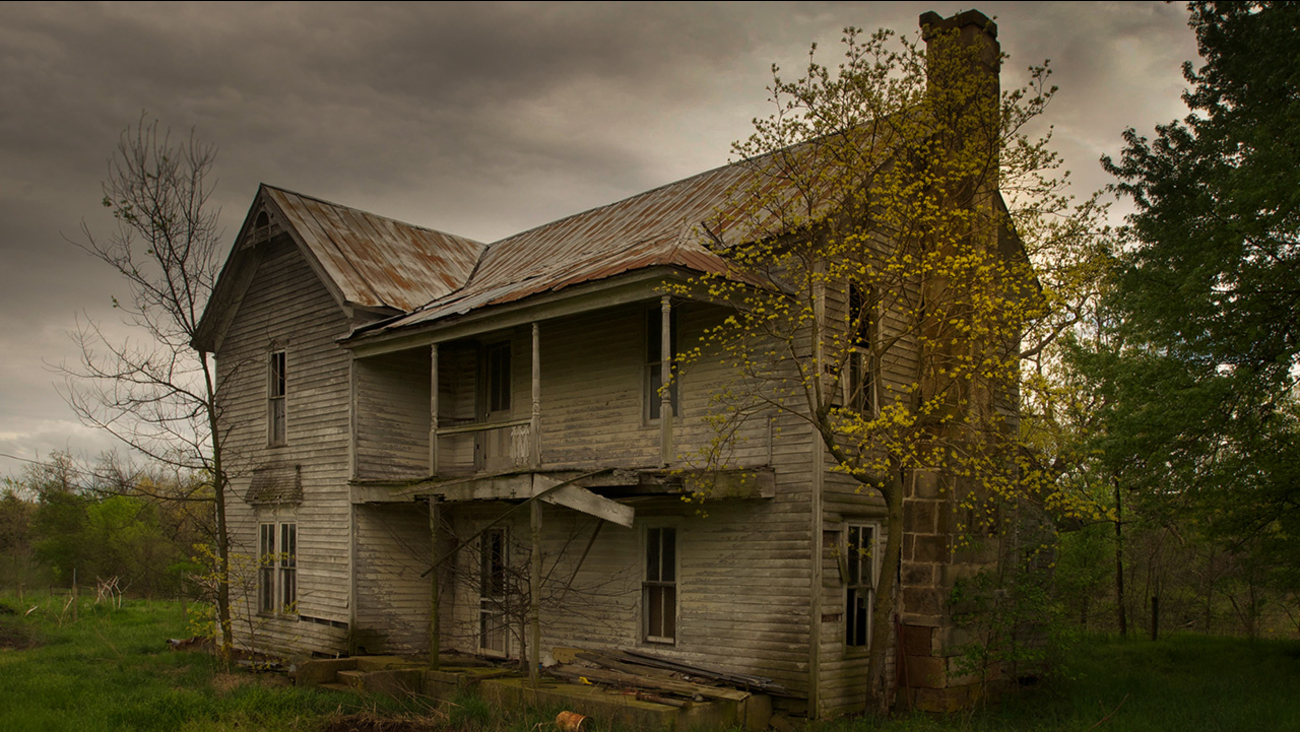 What's left of the world after everyone has gone? A photographer traveling across the country has captured incredible images of once-inhabited homes that have since decayed into nightmarish structures after the owners abandoned them to the ravages of time.


Photographer Seph Lawless (a pseudonym), 37, has been documenting abandoned cities and secluded areas across the U.S. and abroad since 2005 in an ongoing project called "Autopsy of America." His latest project, "Hauntingly Beautiful" is a collection of photos of 13 of the most striking abandoned houses he's come across in the United States.

"It's always a surreal feeling being in anything abandoned, but especially homes," said Lawless. "There's something really intimate about a home. I'm inside and I start to see books and picture frames in the wall that are crooked and oddly out of place. Everything eerily just sitting, untouched. The world has ended and I'm the only one there."

Speaking with ABC, Lawless admitted that when he first started documenting abandoned structures, he often trespassed onto the properties to capture their interiors. This provoked the photographer to use a pseudonym when publishing his work, though says its more or less a pen name now. Over the years, Lawless' work has gained legitimacy with the general public, and now he is often given legal access onto the properties.

Bringing up the fact that Halloween is quickly approaching, ABC asked Lawless if he believed that he ever encountered ghosts within these homes.

"I've encountered things I can't explain," said Lawless. "I'm a skeptic and always try to make sense of strange things I see or hear and sometimes I just can't. Sometimes it can be really scary."

One of the houses in Cleveland, Ohio, Lawless said, was the location where a serial killer had kept the bodies of his victims.

"Some of these places I go into have a horrifying past and shocking history, so it's hard not to get consumed by the heaviness that you feel in some places."

Growing up in Cleveland, Lawless said he witnessed families leave his hometown as the economy shifted. At a young age, he developed a fascination with abandoned houses while driving across the country with his parents.

"I remember gazing out the back of the window and looking at some of the abandoned areas and just wondering why did it get that way?" said Lawless. "And how do those people live that are still there?"

Lawless said he is using the art of photography to show a vulnerable side of America in hopes it raises awareness to what he believes are the country's true ills: outsourcing of manufacturing jobs and globalization.

In his European exhibition in Munich, Germany, the art patrons approached him in shock and disbelief, saying "this can't be America."

"When people see my images they think they are looking at images of WWII in Berlin not modern America in 2015," wrote Lawless in an email. "Art has always been my weapon of choice."