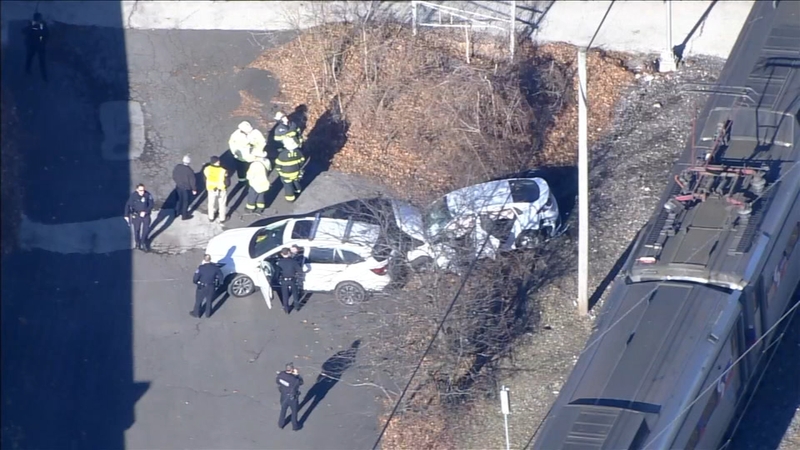 SEPTA says the incident happened about 9:50 a.m. along Paxson and South avenues near the Jenkintown-Wyncote Station.

According to SEPTA, a white vehicle entered a grade crossing and was hit on the front end by a train on SEPTA's Warminster Regional Rail Line.

The train was headed toward Center City.

A train collides with a car in Wyncote @6abc pic.twitter.com/WDZFujJs0c

There were about 90 passengers on the train; none were injured.

SEPTA says only one person was in the SUV. Police tell Action News that person only had minor injuries and was transported to the hospital to be treated.

SEPTA says the incident caused about a 20 minute delay on the Warminster and Lansdale/Doylestown lines.