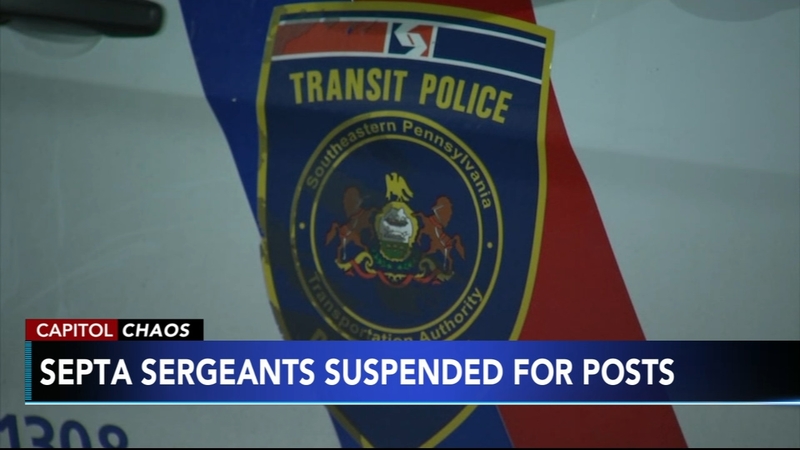 PHILADELPHIA (WPVI) -- Two SEPTA police sergeants have been suspended without pay over what they posted on social media about January's deadly riot at the United States Capitol in Washington, D.C.

The transit agency says the officers were among seven SEPTA police officers who traveled to Washington back on January 6.

SEPTA said that while their investigation determined none of the employees actually stormed the Capitol, two of the sergeants made social media posts that could be interpreted as supporting the violence.

SEPTA says because they "acted irresponsibly" and "displayed poor judgment," each will be off the job for three days.