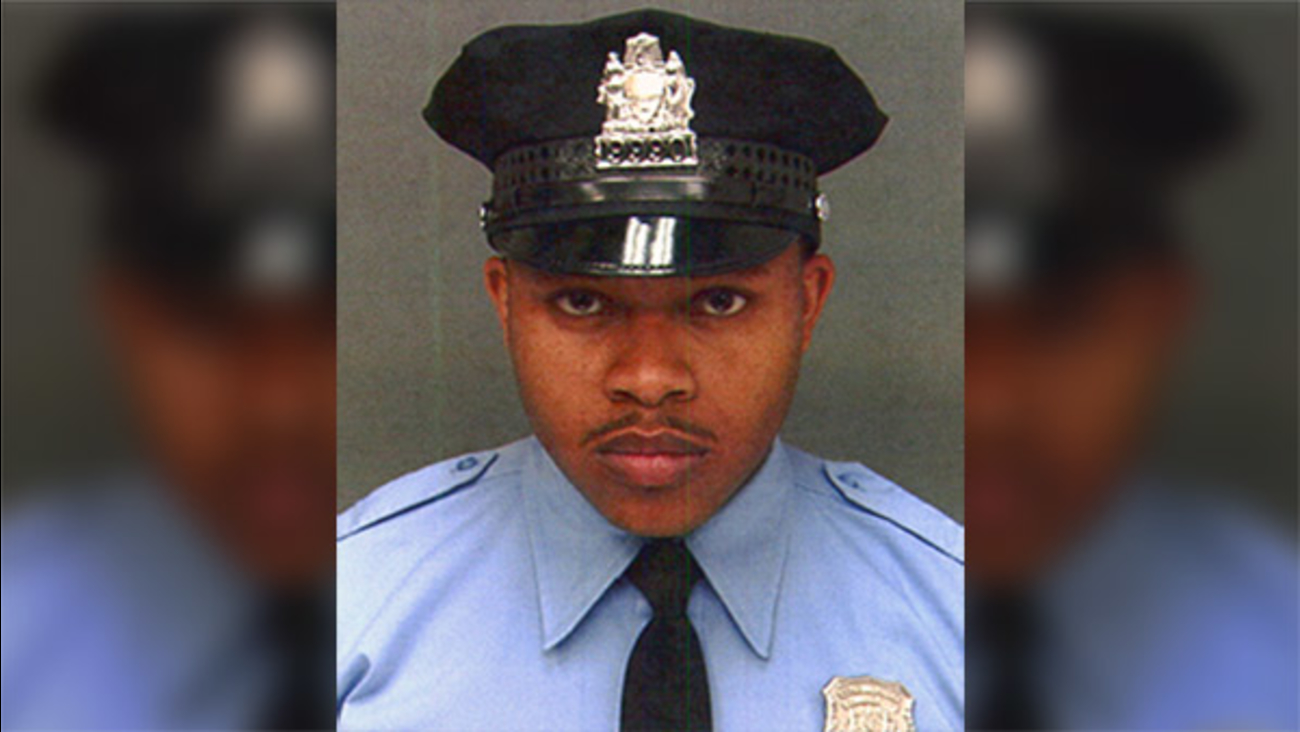 This undated photo shows Robert Wilson III, who was killed after he and his partner exchanged gunfire with two suspects trying to rob a video game store. (Philadelphia Police Department)

PHILADELPHIA (WPVI) -- On Tuesday the Philadelphia Police Department shared a beautiful digital portrait depicting Sgt. Robert Wilson III, who was killed in the line of duty nearly a year ago.

This Saturday marks one year since Sgt. Wilson was killed at a North Philadelphia GameStop store. He went in to buy his young son a gift when he was gunned down as he tried to stop a robbery.

After viewing surveillance video of the shootout, former Philadelphia Police Commissioner Charles Ramsey said "I've been in policing for 46 years and I have never witnessed an act of bravery like I saw that day - never."

Officer Castro says, "March 5th will mark the 1 year anniversary of Sergeant Robert Wilson's murder. I painted this portrait of him in remembrance of what he did for us all."

Below is Castro's portrait: