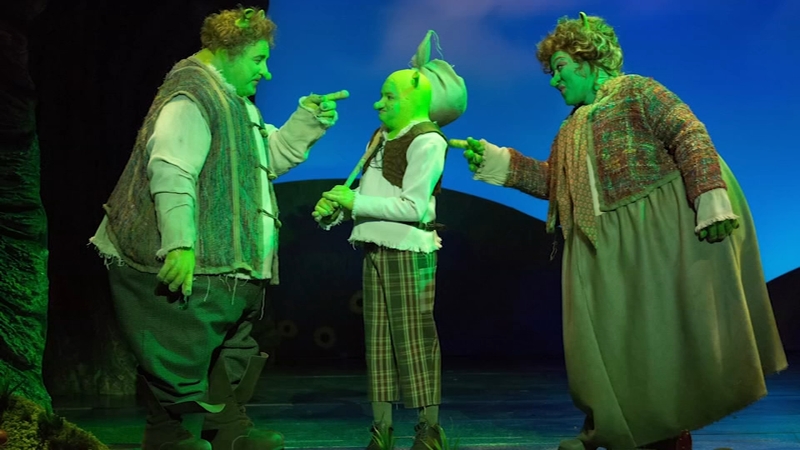 Shrek The Musical, written by David Lindsay-Abaire, is based on the Oscar-winning movie.

"It's a really uplifting, fun, upbeat musical," says Siobhán Ruane, Director of Production at the Walnut Street Theatre. "It basically is a spin on your old-fashioned fairy tale."

The Walnut Street Theatre gives it a modern twist, and Shrek isn't your ordinary title character.

"He is basically an unhappy, disgruntled ogre who has been sent to live on his own in a swamp," Ruane says, "As his life goes on, he sees that he's pushed away; he's judged."

Princess Fiona, meanwhile, is waiting to be rescued by her Prince Charming.

"She kind of has a secret," says Julia Udine, the actress who portrays Princess Fiona. "She turns into an ogre every night at sundown."

She can't wait for the spell to be broken so she can take on love's true form.

"She's sassy. She's fun. She's flawed and imperfect," Udine says, "and it's so much fun to play."

Shrek sets out to rescue Princess Fiona and meets his sidekick, Donkey, along the way. Donkey gives the ogre a whole new perspective on life.

"At some point, we need to change," says Nichalas Parker, the actor who plays Shrek," We need to try to be better people."

"I think everybody in the show sort of has their own version of don't judge a book by its cover in their story," Udine adds, ticking off fairytale characters like Pinocchio and The Fairy Godmother as examples. "It's about tolerance and acceptance."

Songs like Build a Wall and I Know It's Today bring levity.

"There's also a lot of sarcasm and humor that isn't necessarily for children but the parents get it," Ruane adds.

It all ends happily, as fairy tales do.

"Throughout the show, they come to find that they have more in common than they have differences," Udine says, "and they actually fall in love with each other."

"It really has a great message, that everybody has something to offer, something special about them," Ruane says.

And Parker points out, "There's nothing wrong with expressing who you are."