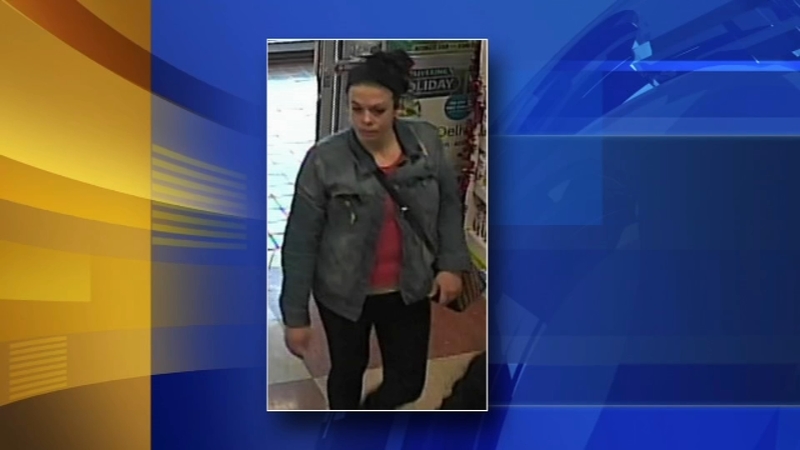 THORNBURY TWP., Pa. (WPVI) -- Investigators believe a recent string of thefts in Thornbury Township, Chester County could be linked to similar crimes in other towns across the region.

The Felony Lane Gang is known to target gyms, parks and day care centers: places frequented by women who feel safe enough to leave their purses behind.

"It's been a total nightmare," said victim Samantha Long.

Long's nightmare began when the passenger window of her truck was smashed back in November and her truck ransacked.

Now police are sharing images of at least one of the people involved.

"They took my entire wallet and purse, which shame on me for leaving it in the car," she said.

The thief then used Long's credit card to buy gift cards at the Bala Cynwyd Acme within an hour of when they were snatched.

Police said she also attempted to cash a check of one of her victims, using the furthest drive-thru lane at the bank.

Woman sought for Chester County car break-ins caught on video. Watch this report from Action News at 4pm on December 10, 2018.

The thefts happened in November when Long's truck was parked at her workplace at the All-Star Baseball Academy on Penn Oaks Drive in Thornbury.

Long wasn't the only victim. The lot, adjacent to a fitness center, was hit more than once.

"So five total in a two-week span," said Long. "Mine was on a Friday and the second break-ins were on a Sunday evening."

Police think they are dealing with the work of the Felony Lane Gang - a loosely connected criminal operation that has the same modus operandi.

Montgomery County authorities arrested seven people suspected in the same type of ring in 2016 after they caused a terrifying chase on I-76 eastbound.

Chopper 6 was over the conclusion of a police pursuit that ended on the Schuylkill Expressway.

This summer in Morrisville, police believe they hit the parking lot of a little league game.

Authorities said the gang works in groups, often women are recruited to cash in the stolen items wearing disguises and wigs.

"They try and target younger females that come in to work out because obviously, you're not going to bring it in to get it stolen at a fitness center," said Long.

The same female suspect is believed to be linked to crimes in Aston, Delaware County and Mt. Laurel, New Jersey. Pennsylvania State Police said they are also looking for her, as well.

If you have any information on these crimes, you are asked to contact police