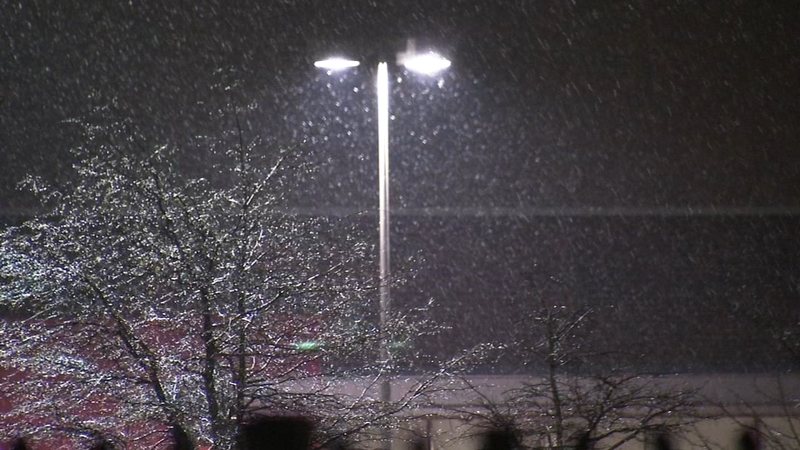 On and off again snow, the story of Wednesday morning for so many families waking up in the area with many greeted by a light dusting on their cars and on the ground in their neighborhoods.

"I definitely wish that I lived somewhere a little bit warmer," said Bobby Nepa of Vorhees Township. "I definitely don't love the snow."

There wasn't enough snow to put Bobby Nepa in a bad mood, but many of his neighbors in Voorhees Township woke up to cars covered with just enough snow that needed to be brushed off.

"I definitely wish that I lived somewhere a little bit warmer," said Nepa. "I definitely don't love the snow."

Others only needed a quick swipe of the windshield wipers before hitting the road.

"I came from Williamstown about 35, 40 minutes away," said Briana Corcoran. "It wasn't too bad, a lot of stop and go and slow traffic."

Families across the region dealt with similar situations. A light dusting fell in Wynnefield Heights while many families were asleep.

Folks in Center City bundled up as large snowflakes came down, but still not enough to stick to the roads.

Overall people are saying this was a good practice for what they know will be coming later this winter.