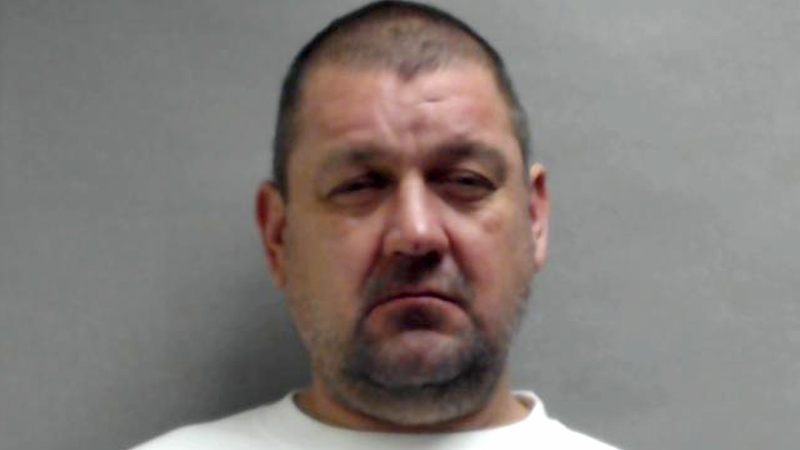 SOUTH BRUNSWICK, New Jersey (WPVI) -- Police in New Jersey said an officer saved the life of a burglar who nearly froze to death while hiding in a snow pile.

South Brunswick police said the burglar alarm went off at Viking Buy-Rite Wine and Liquor on Route 1 at 1:45 a.m. Friday. When officers got there, they said the front door of the store was smashed and some merchandise was missing.

The officers searched the store, but didn't find anyone inside. They looked at the surveillance video, and sure enough, it showed a man breaking in and taking liquor, cigarettes, a lighter and lottery tickets.

But apparently the suspect didn't go too far. About a half-hour later, an officer driving around the strip mall noticed a man's head peeking from behind an 8-foot snow pile.

The officer approached the man and noticed he had frostbitten hands, was bleeding from cuts, and his clothes were soaking wet from hiding in the snow. He was outside in the freezing temperatures for about 45 minutes.

Police said at his feet was a bag containing all of the stolen items, worth about $650.

He told the officer he was freezing and had just blown his chance of winning the lottery.

The man, identified as 47-year-old George Pesavage Jr., of Flemington, was arrested on charges of burglary and criminal mischief.

"The man was saved by being arrested," Chief Raymond Hayducka said. "The freezing temperatures had already started to lower his body temperature when officers located him. The officers' fast response and detailed search resulted in locating the stolen items and saving this man's life."