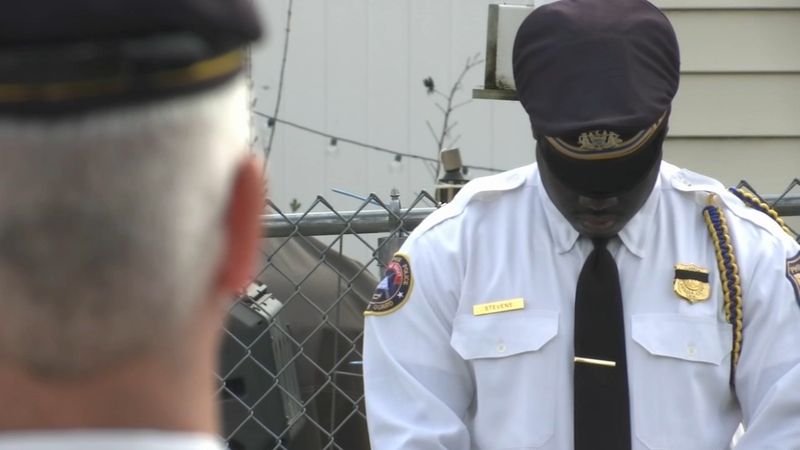 PHILADELPHIA (WPVI) -- It's a block filled with families and neighbors who are more like family too, usually a place with so much joy.

Now in every window, signs display the badge number 8162. The man who wore it was a big source of that joy.

"What am I going to miss most about Jimmy? His kind, his big heart," said Andrew Szychulski, who lived next to Sgt. James O'Connor IV, who was killed in the line of duty last week.

"We're a close-knit group on this block. They love their cops and this just shows you what kind of guy Jimmy was," said Szychulski.

Formerly a Corporal, O'Connor was promoted to sergeant after his death. A week after his passing, his family still can't hold a proper police funeral because of restrictions on crowd size, but the police community wanted to show this family their hero isn't forgotten.

NEVER FORGET Cpl. James O’Connor. There are hundreds of police vehicles riding by his home in his honor, and for his family. A procession meant to pay tribute to a true hero @6abc pic.twitter.com/5xtP4WASVw

"He gave his life for this city and he deserves it, just remember him still then," said Terri O'Connor, the late officer's wife.

For an hour Friday, hundreds of police vehicles rode by the O'Connor home to pay their respects.

The family says they still plan on doing a big funeral when it's possible.