Stunning photo celebrates one mom's rainbow baby, while honoring the 6 babies she lost

WPVI
By Bailey Gaddis for Babble 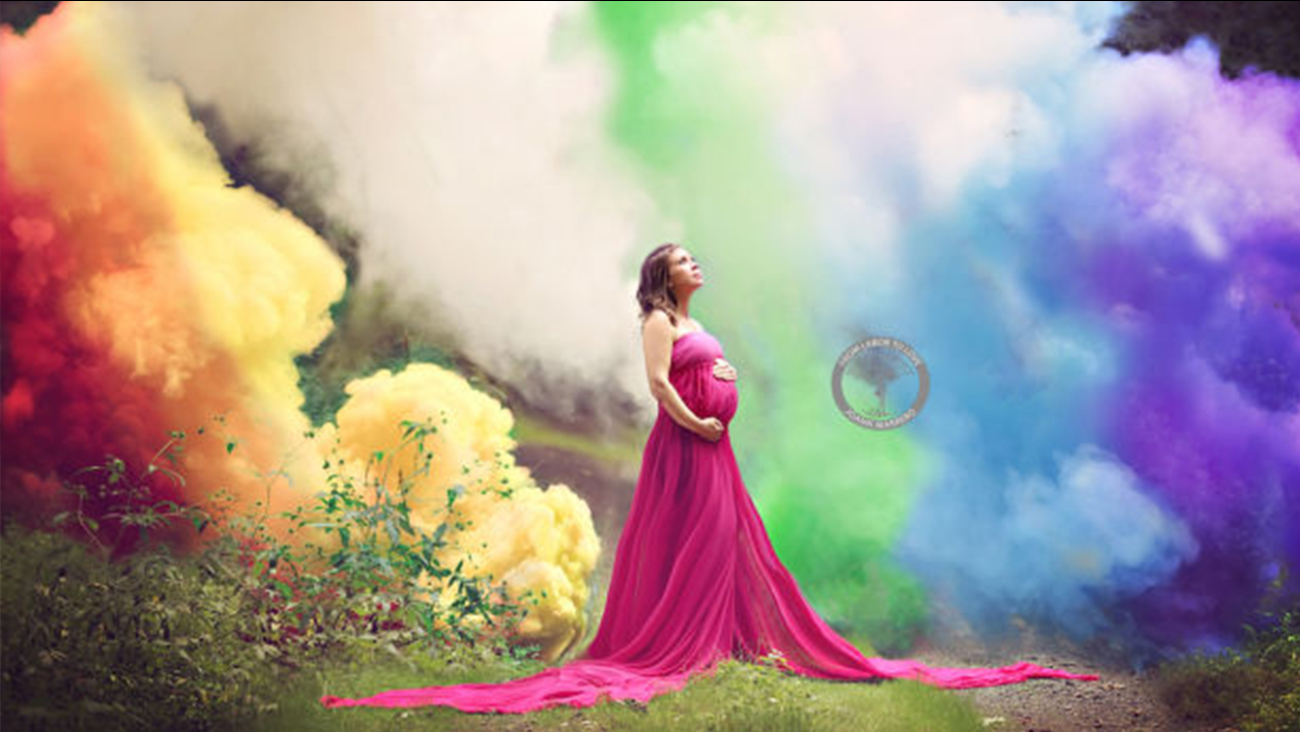 This story originally appeared on Babble and is reprinted with permission.

Mamas who have survived the loss of a pregnancy and are newly pregnant with their rainbow baby (a child born after a stillbirth or miscarriage), have an obligation to themselves to honor their journey. These women have gone deep into the trenches of pain and had the strength to reopen their hearts to another child; they're so deserving of worship and love, versus the guilt and regret that is often served on this path.

I've worked with many women who have emotionally kicked themselves when they became pregnant with their rainbow baby by thinking they didn't deserve this new child, believing that the passing of their last child was somehow their fault, and that if they expressed even a breath of excitement for the new pregnancy, something would go wrong.

I want to wrap all these women in my heart and tell them it's OK to be excited; it's OK to celebrate; it's OK to have hopes and dreams for this new life while simultaneously mourning the loss of your past child's life.

JoAnn Marrero, a birth and newborn photographer at From Labor to Love, is wrapping women in this type of potent love via her camera and breathtaking visions. This love spread through the hearts of mothers across the globe when JoAnn, with the help of mentor Mary Maloney of Pebbles and Polka Dots Photography, captured a stunning image of Jessica Mahoney while pregnant with her rainbow baby.

Jessica had six miscarriages after the birth of her first child Corbin, whose maternity photos were never sent by the photographer, so when her husband Kevin reached out to JoAnn, she was "touched by Kevin's words and his goal of making sure that, this time, his wife would get all the maternity photos that she always dreamed of having."

I find the means of creating the rainbow (colored smoke bombs) symbolic of the explosively painful nature of hearing the news of pregnancy loss. But this photo is able to transform that pain into a symbol of sacred new life, acknowledging that beauty can exist amongst explosions.

The explosions the day of the shoot also served to lighten the mood. JoAnn says:

"It was crazy fun! Mary shot off the first colored smoke bomb and - oops! I forgot to tell her they were double-sided. There was dense, vibrant smoke everywhere. (Side note to anyone trying this: Pull the ring and run!) It was quite the explosive surprise and really funny!"

As the smoke rose, JoAnn watched the portrait come to life behind her lens. JoAnn notes:

"Through our rainbow haze, Jess stood with composure and her pregnancy glow came shining through like the sun. A whole lot of laughter made the moment even more vibrant and brilliant. This was definitely her moment, a proud mother-to-be for the second time."

While many view gorgeous rainbow baby photos (like the ones JoAnn captured) as a symbol that the mother has "moved on" from her past losses, it's important to remember that while these photos signal that the woman has opened herself to the limitless love she has to offer to all her children (alive and past), it is unlikely that she will ever fully "move on" from her past losses, because they edged themselves in her heart.

It sounds like JoAnn, Jessica, and Mary were equally impressed by the image they produced. Joann shares: "In then end, our final portrait was nothing short of perfection in our eyes and very emotional for all of us. Certainly, it was an 'OMG! Look what we've created!' moment."

Thank you, Jessica, for having the courage to share a glimpse into your heart with the world, and JoAnn and Mary for having the creative intuition and empathetic skill to create a tangible image of the complex inner-world of a mother who will birth her rainbow baby.