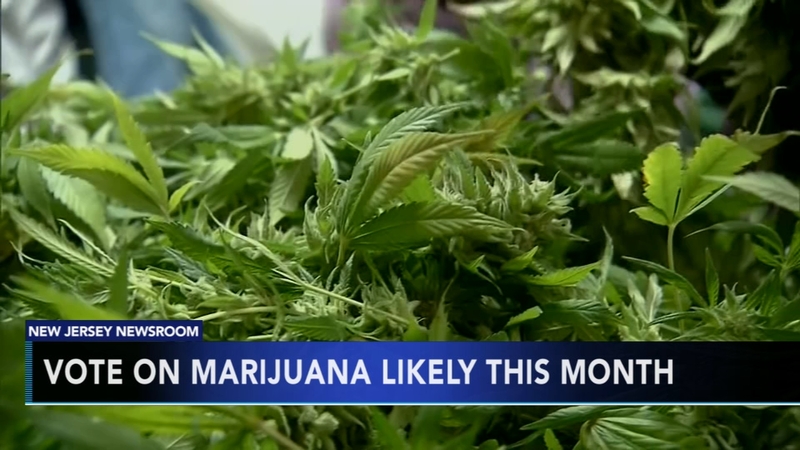 The committee votes would inch forward the marijuana legislation that Democratic Gov. Phil Murphy promised during his campaign. But Sweeney and Coughlin did not commit to a final vote, leaving the timeline for one unclear.

Coughlin and Sweeney spoke Wednesday at the state League of Municipalities' annual conference in Atlantic City, Coughlin said he had the votes in committee to pass the legislation. Sweeney echoed that timeline as well but said he will need help from Murphy to get the votes to pass the measure, which has been stalled in the Legislature.

"The only way something like this gets passed legislatively is if all three of us work together," Sweeney said. "If (the governor's office is) not going to lobby any votes for us then it won't get done."

Murphy's chief of staff Pete Cammarano said that tax rates are slowing progress and the administration couldn't ask lawmakers to support a bill they hadn't seen. Now that the bill is in front of Murphy's administration, Cammarano said they are reviewing next steps. He said tax rates could be negotiated, and also cited a paid regulatory commission that the governor had reservations about.

Polls indicate that the public largely supports recreational legalization, but attendees at the conference voiced opposition.

In particular, attendees raised concerns over how marijuana legalization could affect the opioid epidemic in the state, and whether police will have the resources to handle it.

Lisa DiGiulio, a former councilwoman from Mahwah, appealed to legislators not to approve recreational marijuana. She said in apparent hyperbole that her sister had lived in Colorado and got "stoned" by simply walking down the street.

"I kind of think you're stoned anyway," she told the panel of lawmakers.