Police: Man who confessed to killing father in Yeadon showed no remorse 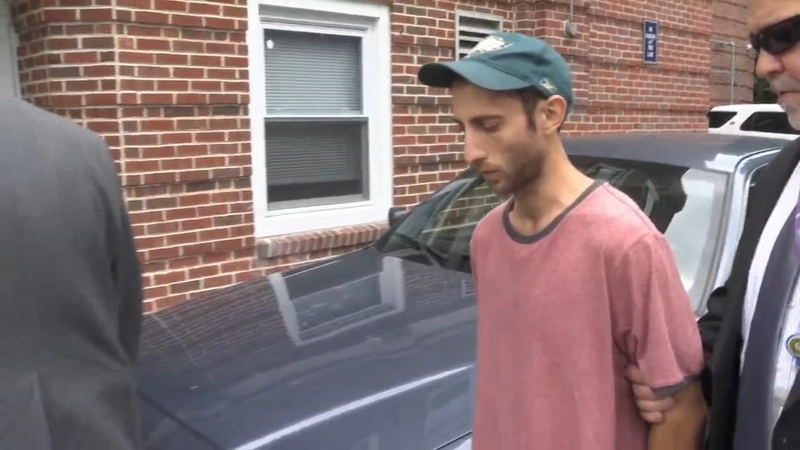 GLADWYNE, Pa. (WPVI) -- Authorities say a man who confessed to killing his father in Yeadon, Delaware County, drove to Lower Merion Township, Montgomery County, where he allegedly dumped the body by the side of the road.

Friends and acquaintances say it was no secret that Robert Coult III was deeply troubled. They say he'd previously threatened to kill them on social media. Coult was also no stranger to police. But still no one imagined he could carry out such a gruesome act on his own father.

Robert Coult III, 30, had little to say to reporters Monday as he was taken into custody after confessing to the grisly murder of his father, 59-year-old Robert Clout Jr.

"You people are vultures," Coult said.

Authorities say the two were having an argument over a small amount of money at their Yeadon home on Providence Road when he began hitting his father over the head multiple times with a hammer.

"He repeatedly hit his father in the head with a hammer. He then, while his father was still alive on the floor, went into the kitchen, got a knife, and repeatedly stabbed his father," said Delaware County District Attorney Katayoun Copeland.

Police say the son struggled with what to do next. He allegedly confessed to police that he tried to dismember his father with an electrical saw but was unsuccessful, so he apparently decided on another course of action.

"He took his father's clothes off, he put a fresh t-shirt on him, and carried him out of the house," said Copeland.

Authorities say he buckled his father's body into the passenger seat of his car and drove 20 minutes to the 1600 block of Spring Mill Road in Gladwyne where he dumped the body.

The area was known to them, police say, because the victim liked to kayak in the area. The body was found around 7:26 a.m. Saturday.

They gave detectives a photo of the victim which was used to identify the body. Investigators say Coult Jr. died from blunt force trauma and stab wounds.

Police: Man found dead on the roadway in Lower Merion. Walter Perez reports during Action News at 7 p.m. on September 15, 2018.

The victim's brother, who declined to appear on camera, says Robert Coult III had been diagnosed as a paranoid schizophrenic from an early age. He was under the care of a psychiatrist and had been admitted to the psych ward at Mercy Fitzgerald Hospital several times.

Recently, the family learned that he had stopped taking his medications. He had previously had a number of altercations with his father at their home in Yeadon.

Police say they were called to the home before for violent outbursts and erratic behavior from Coult III.

Yeadon Police Chief Anthony Paparo said, "I did not see any remorse yesterday while I was dealing with him. None."

Friends and acquaintances say he had threatened to kill them through disturbing posts on social media and chilling drawings. They say they reported it to police, but nothing was done.

If convicted, Robert Coult III faces a sentence of life in prison. He was arraigned and charged with murder on Monday. He is being held until his preliminary hearing on September 25.