"I even got to the point where I got some cheap earplugs just to try to drown out the noise a little bit," said Dayne Martinez.
WPVI
By Beccah Hendrickson, Corey Davis and Jaclyn Lee 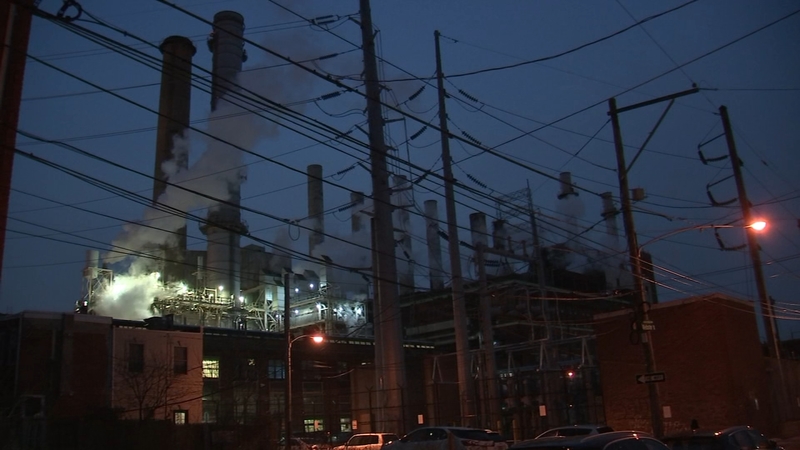 PHILADELPHIA (WPVI) -- A steam leak at an energy plant in the Grays Ferry section of Philadelphia is causing quite a noisy problem for the neighborhood.

Residents there say they've been dealing with a constant deafening sound since Friday.

"It's annoying," said Leahanne Murray, who lives across from Vicinity Energy on the 2600 block of Christian Street.

The energy company says the leak is not hazardous and there are no safety concerns, which was a relief for the neighborhood.

In 2016, there was an explosion at the plant when it was owned by Veolia.

Grays Ferry. @VicinityEnergy this steam leak is SO LOUD. The energy company apologized for the noise, but some of these neighbors haven’t slept since Friday. The company says it should be able to report the leak starting tomorrow @6abc pic.twitter.com/GYpJ8oC8qP

"Sometimes this happens, but never three days like this," said Harvey Romm, who's lived in the neighborhood for more than 20 years.

"A number of us tried calling over the weekend, couldn't get through, didn't really know what was going on," said Jacob Kimmel, a neighbor.

Vicinity Energy did respond to Action News. A spokesperson apologized to the neighborhood for the noise and said it will be able to work on the leak beginning Tuesday at 12 a.m.

A loud noise that can be heard for several blocks coming from a steam plant is causing frustration and concern for many living in South Philadelphia.

"The community can expect a significant reduction in noise once repairs have commenced at this time," said a spokesperson in a statement.

Helen Hare has lived on the block her whole life. She says, "I feel like I'm used to it... but hopefully, like they say, it will be resolved in a day or so."

The leak is not disrupting service but it is disrupting neighbors. They want the noise to stop.

"I even got to the point where I got some cheap earplugs just to try to drown out the noise a little bit," said Dayne Martinez.

A neighbor tells us it sounds like a constant jet engine that has been going off for at least three days and some say it's gotten louder.

"It's constant. So, I try and tell myself it's a rainstorm to make sleeping easier," said Kimmel.

Vicinity Energy released this full statement on the issue:

"Vicinity Energy has identified a steam leak on a small auxiliary line inside its Grays Ferry facility. We understand that the steam leak is causing some disturbance in the immediate neighborhood due to the noise. Vicinity has a plan to repair the leak beginning Tuesday, January 25 at 12:00am ET. The community can expect a significant reduction in noise once repairs have commenced at this time.