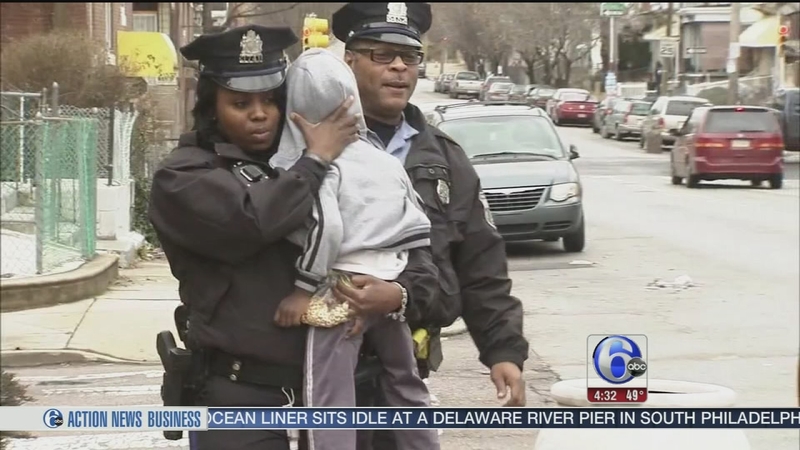 A city employee on her way to work found the child just before 730 a.m. on the 1200 block of South 56th Street. She took the child to a neighborhood daycare location and went on to work. The daycare then called police.

Action News was there as an officer carried the 3-year-old child from the daycare to a squad car.

The young boy did not have shoes or a jacket.

Police have since learned that the boy was staying with his uncle, when it appears he slipped out of the home. Upon discovering the boy was missing, the uncle alerted police.

The uncle and the boy's mother were interviewed by Special Victims investigators, but police do say there is no history of problems in the home.

The boy's mother says saw our report on Action News at Noon and recognized her son's clothing. She explains that she went to work, leaving her son in the care of the uncle.

Sources say the child apparently wandered out when the uncle was distracted. Police say there are no glaring signs of foul play or neglect.

The case will be handed over to the district attorney's office for review.