The sounds of gunfire can be heard in the video.
WPVI
By 6abc Digital Staff 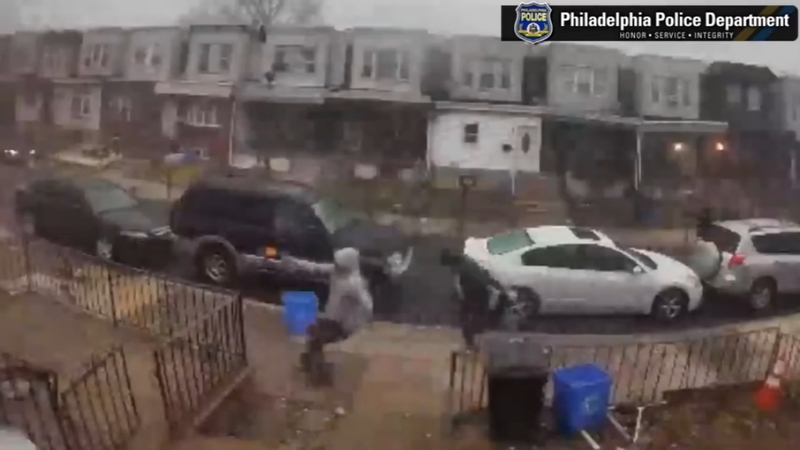 PHILADELPHIA (WPVI) -- Philadelphia police have released surveillance video of a shooting incident where 61 shots were fired.

It happened shortly after 7 a.m. on March 18 on the 2500 block of South Shields Street in Southwest Philadelphia.

Police say no one was injured, but several parked, unattended vehicles were damaged by the gunfire.

Authorities on Wednesday released doorbell video that captured the shooting. The sounds of gunfire can be heard in the video.

According to police, three male suspects are seen running southbound down the block firing at a fourth male. 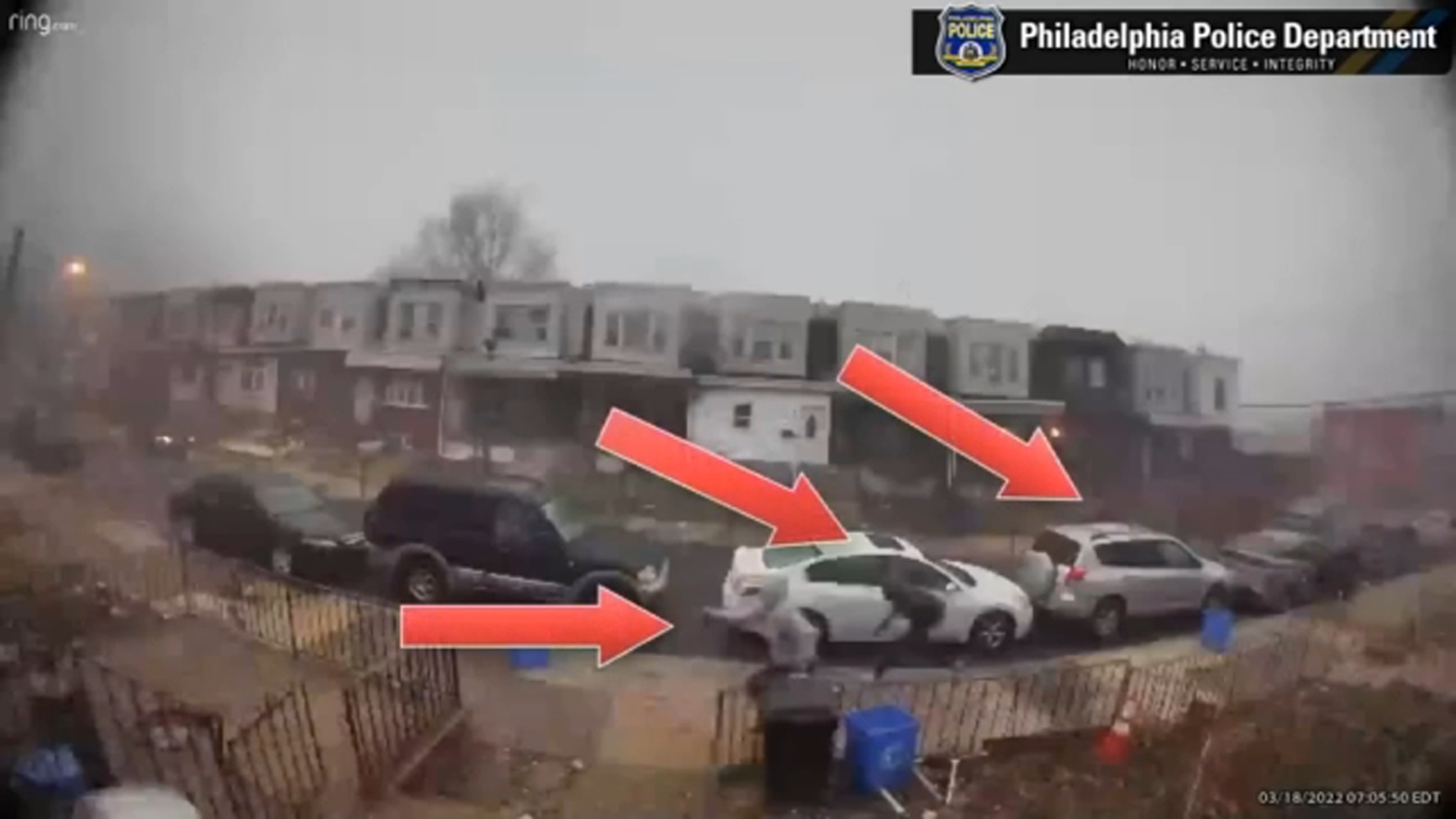 The suspects get into a newer model Toyota Prius and flee the scene. 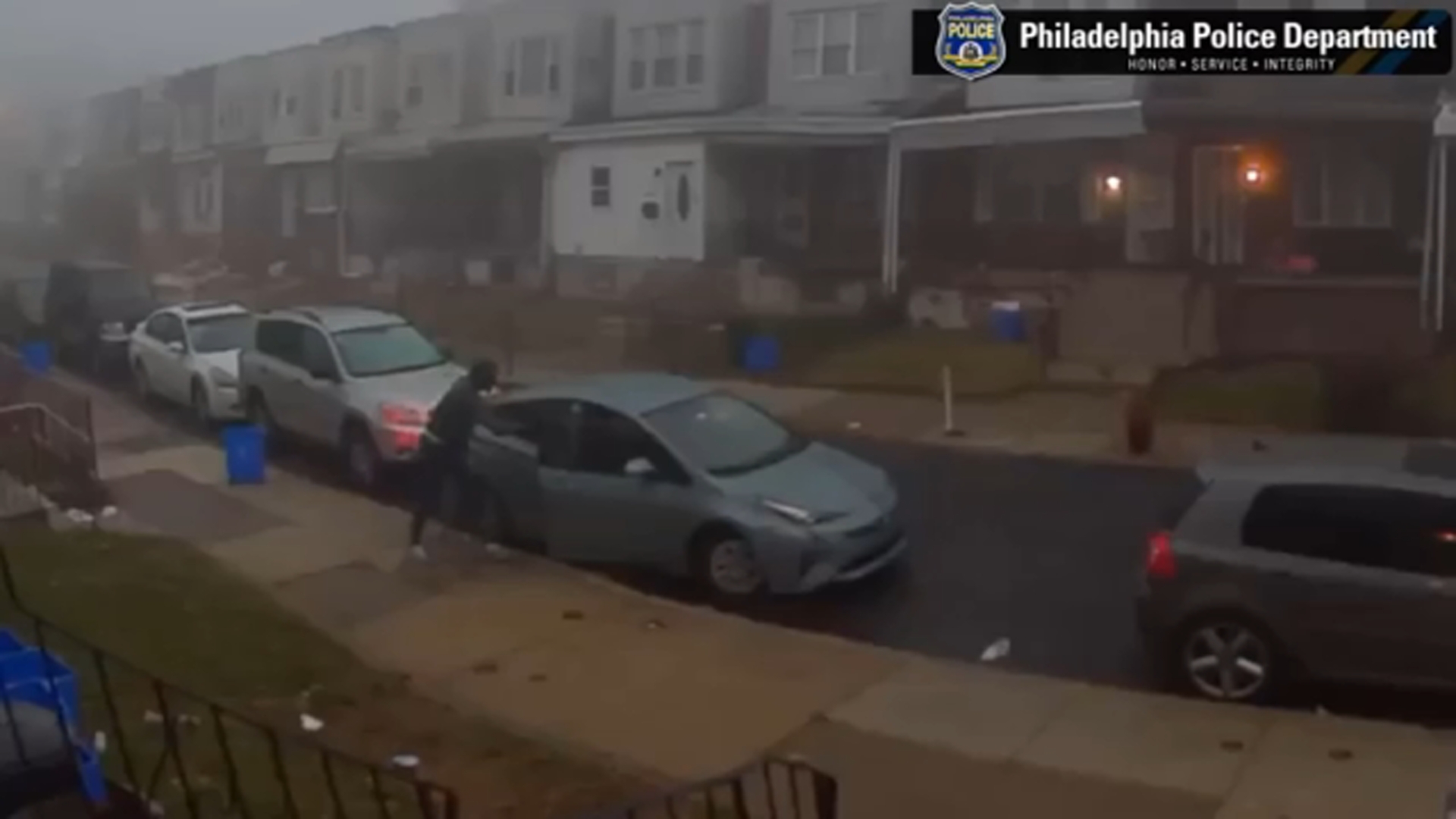