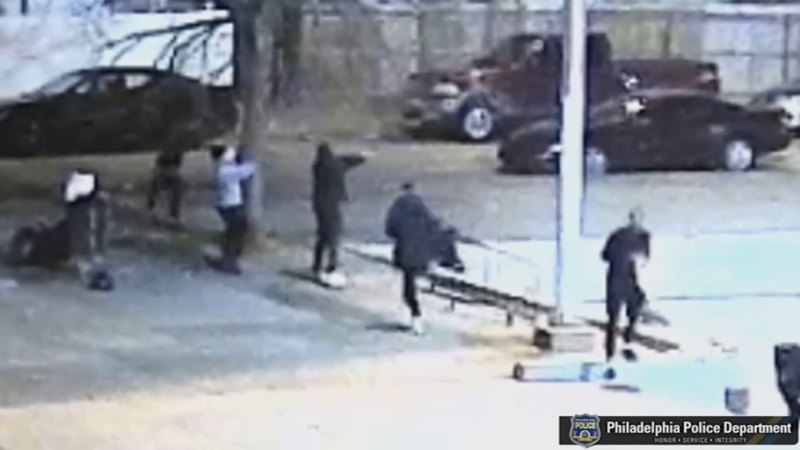 PHILADELPHIA (WPVI) -- Philadelphia police are searching for several suspects after more than 60 shots were fired on a basketball court.

Police released surveillance video of the March 21 shooting on Monday.

According to police, shots were fired around 10:15 p.m. that night at the West Mill Creek Playground on the 5000 block of Reno Street in West Philadelphia.

Authorities are also searching for a white SUV, possibly an Infiniti JX35, that was captured leaving the scene.

Residents who live nearby say the shooting is merely a symptom of a larger problem.

"They have no sense of respect and that causes a lot of problems," said Akin Ivory, who lives nearby.

Bucka Green, who lives across the street, says she hit the deck as soon as she heard the hail of gunfire.

People from within the community say the saddest part is that these acts of violence usually start as a simple misunderstanding.

"It's troublemaking because there's people who are going against each other who were once friends and homies and they were shooting at each other because of something someone might have said," said Davard Smith.

There were no reported injuries in the shooting.