WPVI
Today, the nation will see its first astronaut launch on American soil in nearly a decade -- if the weather allows it.

As of 3:30 p.m. ET Wednesday, the odds of acceptable conditions are at 40% for the planned 4:33 p.m. liftoff of SpaceX's first astronaut launch from Kennedy Space Center in Florida, according to forecasters with the 45th Space Wing.

Thunder could be heard rumbling as the convoy of vehicles made its way toward the rocket. And a tornado warning was issued moments after the astronauts climbed into their capsule.

Here's what @ABC News Chief Meteorologist @Ginger_Zee along with @NASA scientists are looking at in terms of launch weather criteria.#LaunchAmericahttps://t.co/vtoGXjauFW pic.twitter.com/uJmTMxKEYC

If the weather does permit, veteran NASA astronauts Doug Hurley and Bob Behnken will make history, riding SpaceX's Falcon 9 rocket and Dragon capsule to the International Space Station on a test flight.

The teams' main concerns are over rain and lightning. Over the past few days, Cape Canaveral has seen severe weather, and Tropical Storm Bertha made landfall earlier in the day in South Carolina.

SpaceX also needs relatively calm waves and wind up the U.S. and Canadian seaboard and across the North Atlantic to Ireland, in case astronauts Doug Hurley and Bob Behnken need to make an emergency splashdown.

In the event of a postponement, the next launch opportunity would be Saturday. 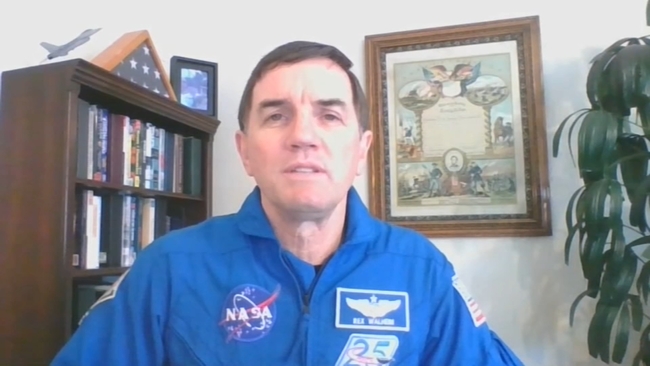