WPVI
Two teams from the Philadelphia area are one step closer in their quest to play in the Little League World Series.

Some big-league defense helped the undefeated team from Upper Providence, Montgomery County beat a team from Maryland on Monday.

The team plays a team from Jackson, New Jersey Wednesday afternoon. If they win, they will head to the championship game on Saturday.

Atlantic Shore baseball team takes off for championships in Arkansas: Rick Williams reports during Action News at noon on August 8, 2017.

It's final step in their quest for a national championship.

The team is made up of players from the shore communities in Atlantic County. 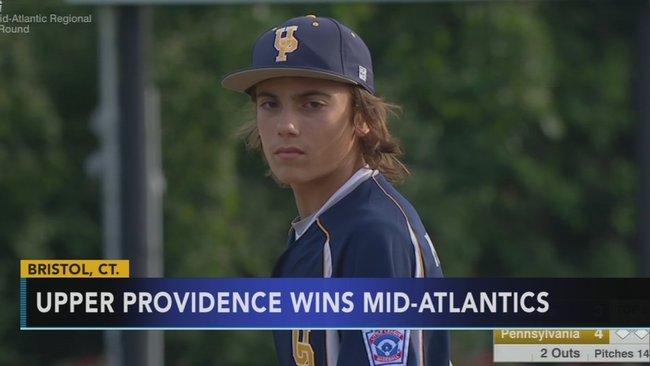