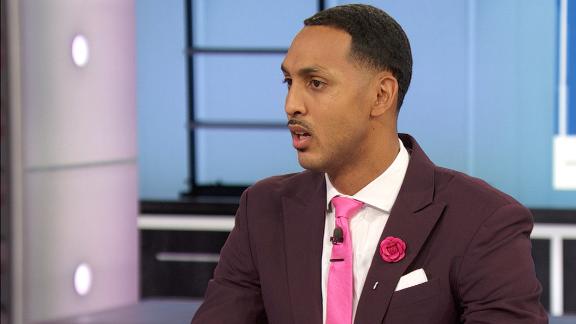 Philadelphia 76ers center Joel Embiid suffered an orbital fracture that will require surgery, and he also has a concussion, the Sixers said Thursday.

Surgery to address the orbital fracture in his left eye will be performed in the coming days, the team said.

ESPN's Zach Lowe reported that, pending the results of the surgery, Embiid could return in two to four weeks. The 76ers have clinched a spot in the playoffs, which begin April 14.

Embiid suffered the injuries Wednesday night in a nasty collision with teammate Markelle Fultzduring the Sixers' 118-101 win over the New York Knicks.

He was initially evaluated in the locker room and later taken to Jefferson Hospital for further evaluation and testing.

Immediately following the injury, Embiid passed the NBA's locker room concussion assessment tool. However, he later began experiencing symptoms. He has been put in the NBA's concussion protocol.

Embiid was released from the hospital Thursday but will not travel with the team to Atlanta for Friday's game against the Hawks, the Sixers said.

Fultz was driving toward the basket 20 seconds into the second quarter when he collided with Embiid, who immediately went to the floor.

Embiid remained on the floor before finally being assisted by Philadelphia's trainer. Fultz was not injured on the play.

76ers chances to win in playoffs dwindle without Embiid
10-year NBA veteran Ryan Hollins does not like Philadelphia's chances in a seven-game series without their center Joel Embiid.