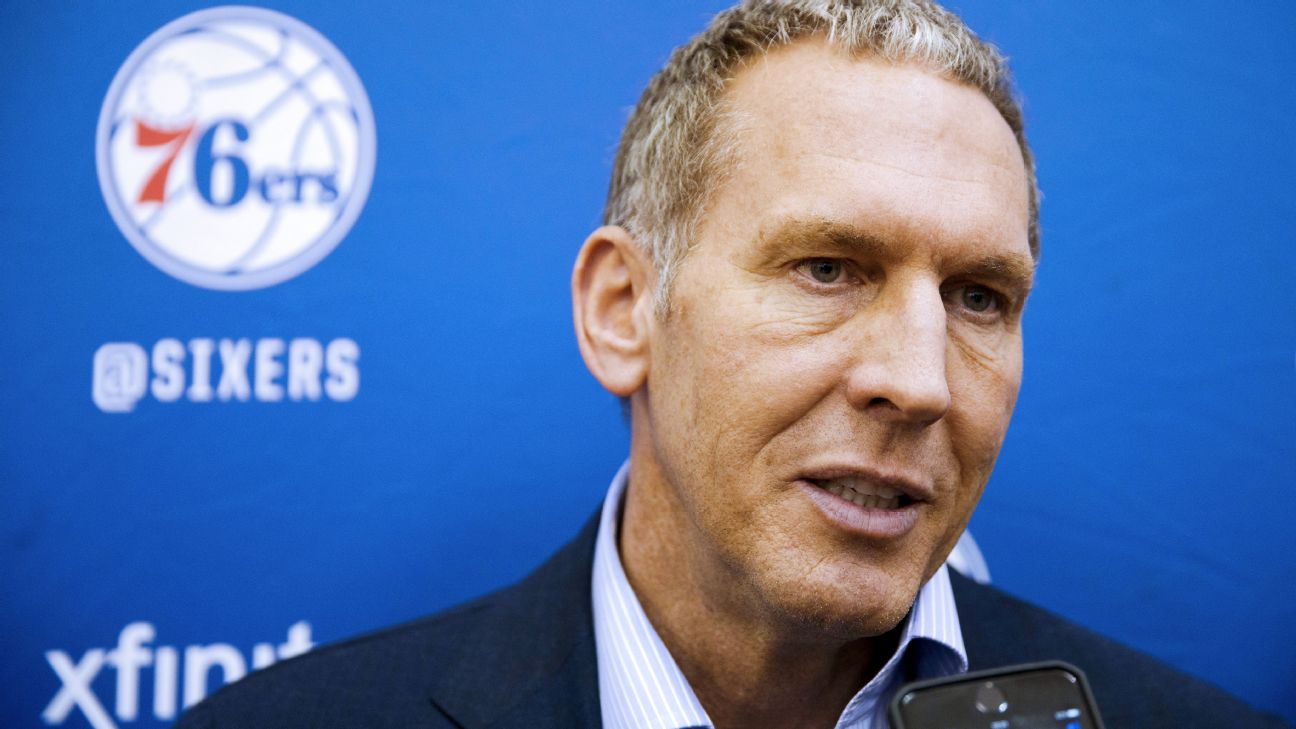 The Philadelphia 76ershave launched an independent investigation into the alleged Twitter habits of president of basketball operations Bryan Colangelo on Wednesday, after a report surfaced detailing what may be his use of multiple anonymous accounts to support his own work as well as to take shots at players.

"An online media outlet filed a story linking multiple social media accounts to 76ers president of basketball operations Bryan Colangelo. The allegations are serious and we have commenced an independent investigation into the matter," the Sixers' statement said. "We will report the results of that investigation as soon as it is concluded."

The report by The Ringercites circumstantial evidence that paints a picture of the NBA front-office veteran using multiple anonymous Twitter accounts. Of the posts on those accounts, some take shots at some of his team's players, including Joel Embiid and Markelle Fultz, as well as former Sixers Jahlil Okafor and Nerlens Noel.

In a statement first given to The Ringer on Tuesday, Colangelo explained his use of one of the accounts, while denying his involvement with four others.

"Like many of my colleagues in sports, I have used social media as a means to keep up with the news," the statement said. "While I have never posted anything whatsoever on social media, I have used the @Phila1234567 Twitter account referenced in this story to monitor our industry and other current events. This storyline is disturbing to me on many levels, as I am not familiar with any of the other accounts that have been brought to my attention, nor do I know who is behind them or what their motives may be in using them."

Tweets from accounts -- alleged by a source cited by The Ringer to be from Colangelo -- at various times questioned Embiid's ego, blamed Fultz's shooting woes on a former mentor of the No. 1 overall draft pick, pushed a theory that a possible Okafor trade fell apart because the big man failed a physical, and called Noel a "selfish punk."

Embiid told ESPN's Adrian Wojnarowski that Colangelo called him Tuesday night to deny the tweets were from him.

"I talked to him and he said that he didn't say that," Embiid said. "He called me just to deny the story. Gotta believe him until proven otherwise. If true, though, that would be really bad."

Embiid joked on Twitter about the allegations and tweeted at one of the accounts alleged to belong to Colangelo.

Colangelo has been actively reaching out to individuals mentioned in The Ringer's story, insisting that he isn't responsible for the tweets, league sources told Wojnarowski.

The same accounts also took shots at current Toronto Raptors president Masai Ujiri, who worked under and then eventually replaced Colangelo with the team, as well as previous 76ers GM Sam Hinkie, who began the Sixers' arduous rebuild dubbed "The Process."

The Ringer reported that it was anonymously tipped off by the source to the Twitter activity in February and began researching from there. In the article, The Ringer explains it monitored five different accounts and on May 22 reached out to the 76ers to verify if two of the accounts were in fact Colangelo's. On that same afternoon, the three accounts that were not mentioned were switched from public to private. The Ringer said it reached back out to the organization Tuesday, asking about all five accounts. Colangelo confirmed Tuesday that only one was an account belonging to him. It is currently private.

According to the report, the array of accounts that may belong to Colangelo followed various people within Colangelo's personal life, including his son and his son's college basketball teammates.

A two-time winner of the NBA's Executive of the Year award, Colangelo, who turns 53 on Friday, has served as general manager for the Phoenix Suns (1995-2006), president and GM of the Raptors (2006-13) and as president of basketball operations for the Sixers since 2016.

Philadelphia made the playoffs this year for the first time since the 2011-12 season. After a 24-win improvement from last season's record, coach Brett Brown agreed to a three-year contract extension on Tuesday, a league source told Wojnarowski.

Woj: Embiid believes Colangelo 'until proven otherwise'
Adrian Wojnarowski says coaches and executives around the league are stunned about the possibility of Sixers president Bryan Colangelo using burner accounts to criticize his team. 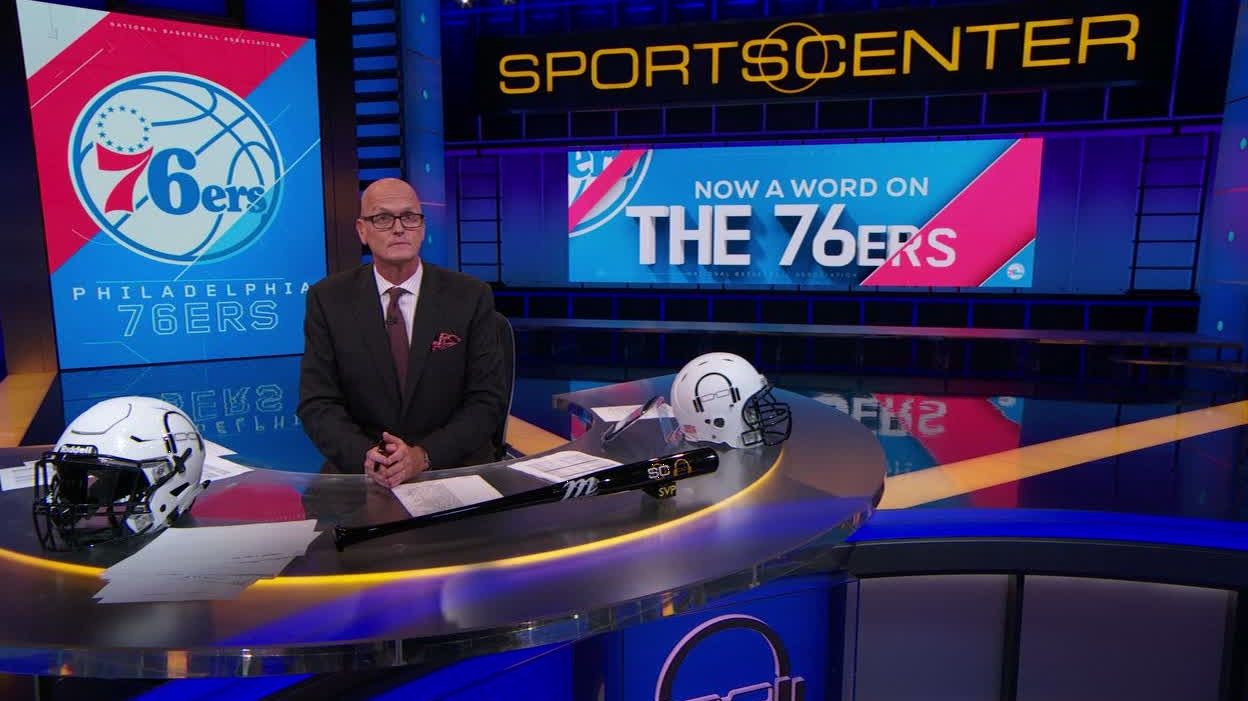