Acquired Tuesday by the Eagles, Jay Ajayi rushes for a TD vs. Broncos 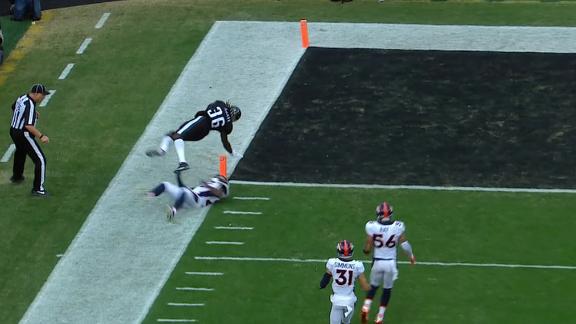 Acquired on Tuesday from the Miami Dolphins in exchange for a 2018 fourth-round pick, the new Philadelphia Eagles back made an instant impact in his debut, breaking off a 46-yard touchdown down the left side late in the first half to push the Eagles' lead over the Denver Broncos to 31-9.

The Eagles defeated the Broncos 51-23.

Ajayi finished with 77 yards on eight carries and his first-half touchdown.

He received a loud ovation from the home crowd when he took his first carry in an Eagles uniform 6 yards early in the second quarter.

That was nothing compared to the reaction his TD run received.

With little time for Ajayi to get up to speed, coach Doug Pederson gave him about 10-15 plays to focus on during the week to ease the learning curve. He shared snaps with LeGarrette Blount, Corey Clement and Kenjon Barner in the opening half, making the most of his opportunities.

"He's done a nice job," Pederson said this week. "He's a smart guy. He comes from an offense that uses very similar terminology, so he's familiar with that. He's picked it up. He's had some extra meetings with [running backs coach] Duce [Staley] this week, so we're trying to get him up to speed as fast as he can and we can."

He joins an offense that was already ranked No. 4 in rushing and No. 3 in total offense entering Sunday. The Eagles are hoping to see the back that rushed for close to 1,300 yards and eight touchdowns en route to a Pro Bowl appearance last season.

Ajayi also told Paolantonio after the win: "Man, it's a blessing to be here, thank God for the opportunity to be an Eagle. I am truly blessed to have a game like this, too -- first game."

Ajayi gets first score of season on 46-yard TD
In his first game as an Eagle, Jay Ajayi scores his first touchdown of the season by leaping into the end zone for a 46-yard touchdown. 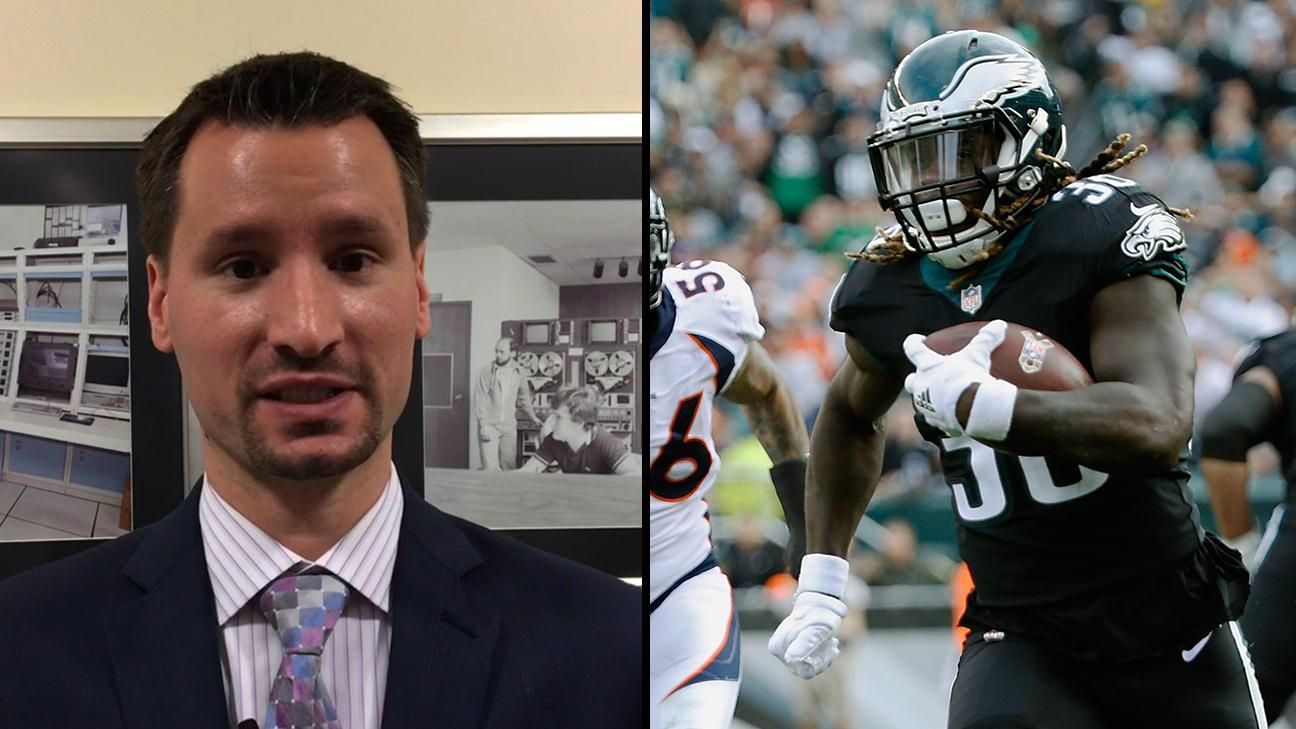