Acuna, Harper a clash of once and future phenoms 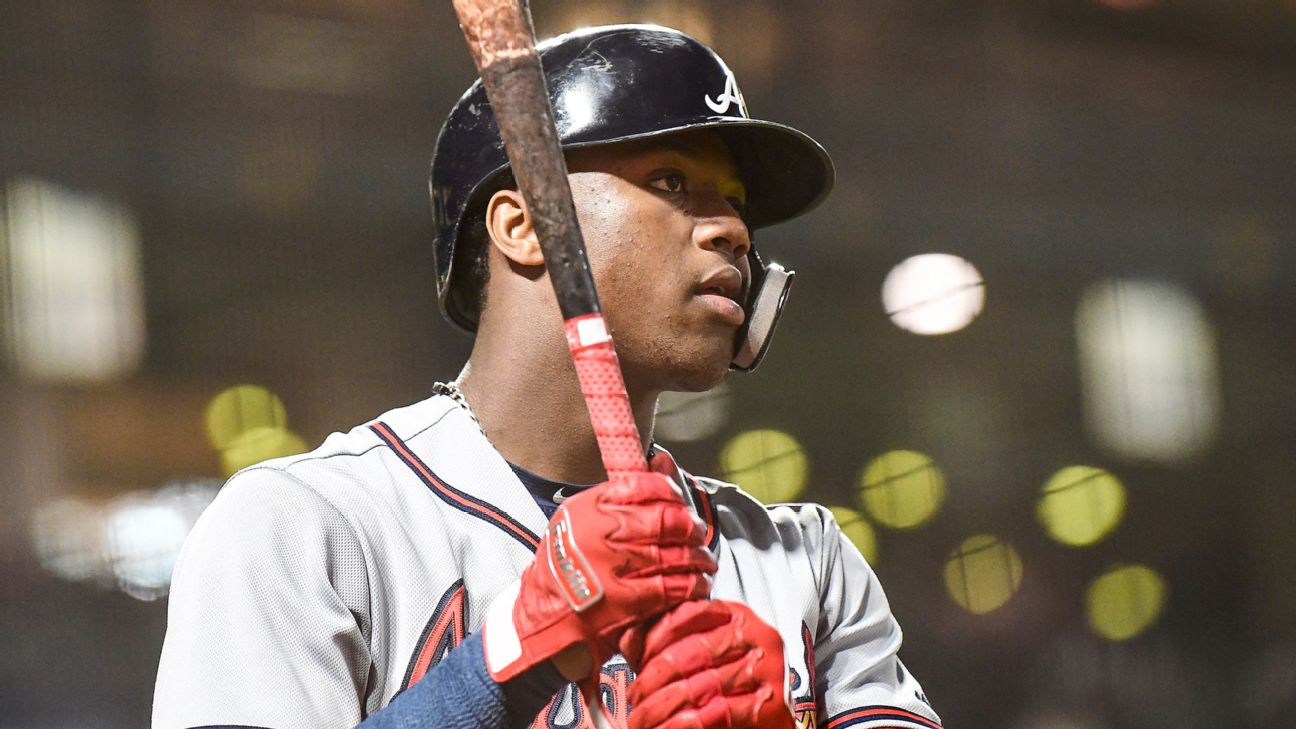 The Atlanta Braves and Philadelphia Phillies wrap up their opening three-game series Sunday night on ESPN. Coming off six consecutive losing seasons, the Phillies became the first team in MLB history to add three All-Stars from the previous season to their roster -- Bryce Harper, J.T. Realmuto and Jean Segura (per Elias). The Braves, on the other hand, are coming off their first winning season and playoff appearance since 2013, but beyond signing Josh Donaldson to a one-year, $23 million contract, they have had a relatively quiet offseason.

Ronald Acuna Jr. batted fourth in the Braves' first two games of the season after he had no plate appearances in the No. 4 hole over all of last season. Acuna had 19 home runs when batting first in the order last season, fifth most by any player last season despite not making his MLB debut until April 25. He also hit eight leadoff home runs last season, the second most by a rookie in a season in MLB history.

After leading all National League rookies in home runs last year with 26, Acuna became the eighth Braves player to win Rookie of the Year, and the first since Craig Kimbrel in 2011. He was the first Braves position player to win the award since Rafael Furcal in 2000.

He was one of only seven players with 25 home runs in a season before turning 21 (but the fastest to reach the mark -- 92 games), along with Mel Ott, Frank Robinson, Tony Conigliaro, Al Kaline, Orlando Cepeda and Eddie Mathews. Only Conigliaro is not in the Hall of Fame.

Bryce Harper made a name for himself in the offseason with his 13-year, $330 million deal, the largest free-agent contract in MLB history. It's also eighth in average annual value (AAV) at $25.4 million per year, and fourth in AAV among position players' free-agent contracts. Harper took his time to sign; his deal was the latest into an offseason that a free agent has ever signed a deal of at least $100 million. The previous latest was J.D. Martinez, who officially signed with the Red Sox on Feb. 26, 2018. Deals worth $100 million have been signed later and later over the past two offseasons, a big change from previous years in free agency.

As noted, the Phillies have been busy this offseason, signing or trading for several major pieces. Beyond being the first team to acquire three All-Stars from the previous season, they also signed reliever David Robertson and outfielder Andrew McCutchen.

Harper's .568 career slugging percentage at Citizens Bank Park ranks second among 71 players with at least 200 plate appearances there. Rhys Hoskins, who has hit directly behind Harper in the batting order through two games this season, ranks first on that list (.569). After homering Saturday, Harper has 15 career home runs at Citizens Bank Park, his most at any ballpark other than Nationals Park.

Based on his track record, Harper should hit the ground running with the Phillies. Babe Ruth (1.090), Ted Williams (1.088) and Barry Bonds (1.072) are the only players in MLB history with a higher career OPS in March/April (minimum 250 plate appearances) than Harper (1.055).

Since winning the Cy Young in 2015, Phillies starter Jake Arrieta has seen his ERA, WHIP, K/BB ratio and number of quality starts drop in each of the past three seasons.

Arrieta threw his sinker 53.5 percent of the time last season, the fourth-highest rate among qualified pitchers. Last season, the Braves had a .763 OPS in at-bats that ended with a sinker; 24th in MLB against that pitch type.

Kyle Wright of the Braves will be making his first career start in the majors, after posting a 4.50 ERA in four relief appearances (six innings) last season. He was 8-9 with 3.46 ERA in 24 starts across Double-A and Triple-A last year. Keith Law rated Wright the 22nd-best prospect entering this season (and eighth overall among pitchers) and was the Braves' highest-ranked prospect -- one of four Atlanta farmhands within Law's top 50 prospects.
Report a correction or typo
Related topics:
sportsespnatlanta bravesmlbjake arrietaronald acuna jrkyle wrightphiladelphia philliesbryce harper
Copyright © 2021 ESPN Internet Ventures. All rights reserved.
More Videos
From CNN Newsource affiliates
TOP STORIES