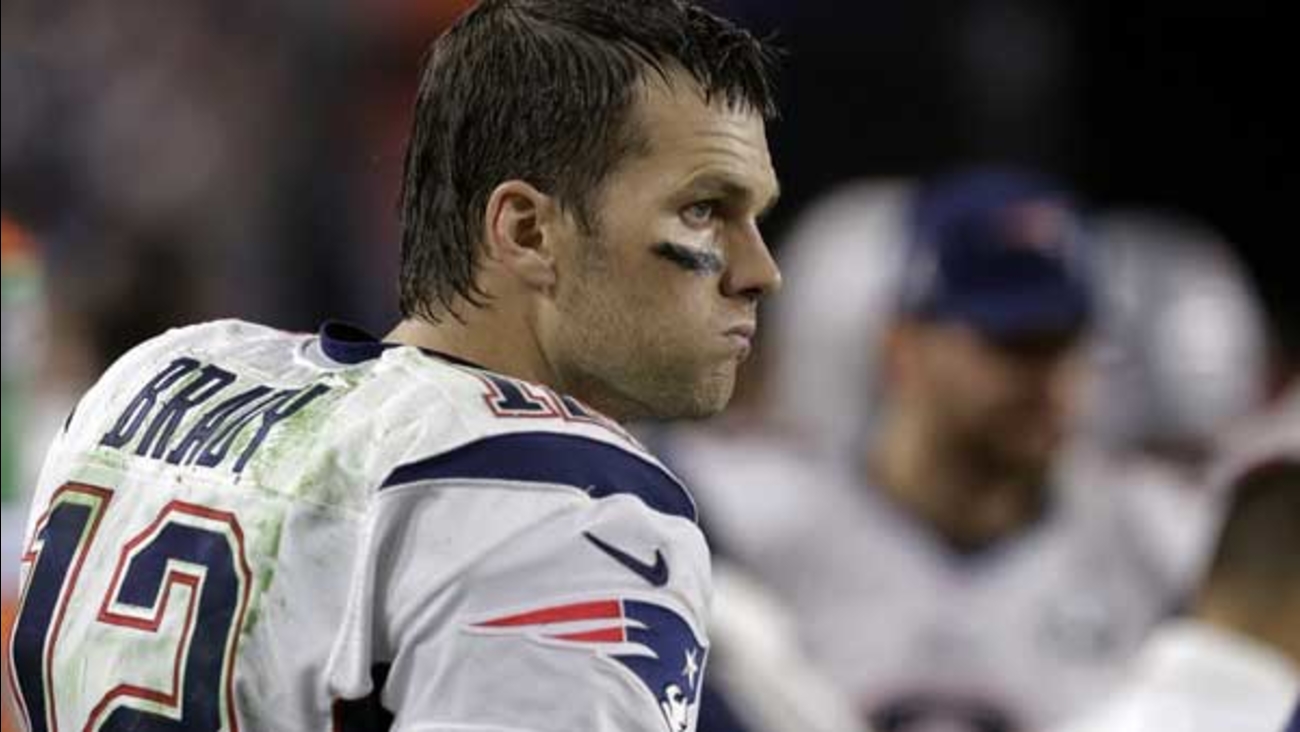 NEW YORK -- Tom Brady denied under oath to NFL Commissioner Roger Goodell that he tampered with footballs before the AFC title game, and investigator Ted Wells said in a transcript that he never warned the New England Patriots quarterback he would be punished if he didn't turn over his cellphone.

In a 457-page transcript released on Tuesday, Brady maintained his innocence in the NFL scandal known as "Deflategate." He denied discussing air level with the ballboys or even thinking about how inflated the footballs were when he selected them. He also said he's never asked anyone from the Patriots to tamper with footballs.

Brady was suspended four games and the team was docked $1 million and two draft picks after a NFL-sanctioned investigation by Wells found the Patriots supplied improperly inflated footballs for the conference championship game against the Indianapolis Colts, which New England won 45-7.

Brady appealed the punishment. Goodell decided to hear the appeal himself and upheld the penalty. Both sides went to federal court, and U.S. District Judge Richard Berman told the sides to work out a settlement. To encourage them, he ordered both Brady and Goodell to appear in court in person during the NFL preseason.

The transcript filed by the NFL Players Association included the appeal testimony from Brady and Wells on June 23. Wells explained that he did not believe Brady had nothing to do with the ball deflation because the quarterback refused to provide all of the documents that were requested.

"In my almost 40 years of practice, I think that was one of the most ill-advised decisions I have ever seen because it hurt how I viewed his credibility," Wells testified. "It hurt my assessment of his credibility for him to begin his interview by telling me he declined to give me the documents."

Wells' investigation found text messages between Brady and a pair of equipment managers - one of whom referred to himself as "the Deflator" - discussing the preparation of footballs for the Jan. 18 game. The Patriots advanced to the Super Bowl and beat the Seattle Seahawks 28-24 for Brady's fourth NFL title.

Although Wells asked repeatedly for Brady's cellphone, the investigator also testified: "I did not tell Mr. Brady at any time that he would be subject to punishment for not giving -- not turning over the documents. I did not say anything like that."

Brady's lawyers have said that the league made up its rules without proper notice to Brady, and that it didn't follow its rules at all in some cases. They have also questioned whether Goodell was independent enough to conduct a fair hearing, even though the collective bargaining agreement gives him that authority.
Related topics:
sportsnfltom bradyu.s. & worlddeflategatesportsnew england patriots
Copyright © 2020 by The Associated Press. All Rights Reserved.
More Videos
From CNN Newsource affiliates
TOP STORIES