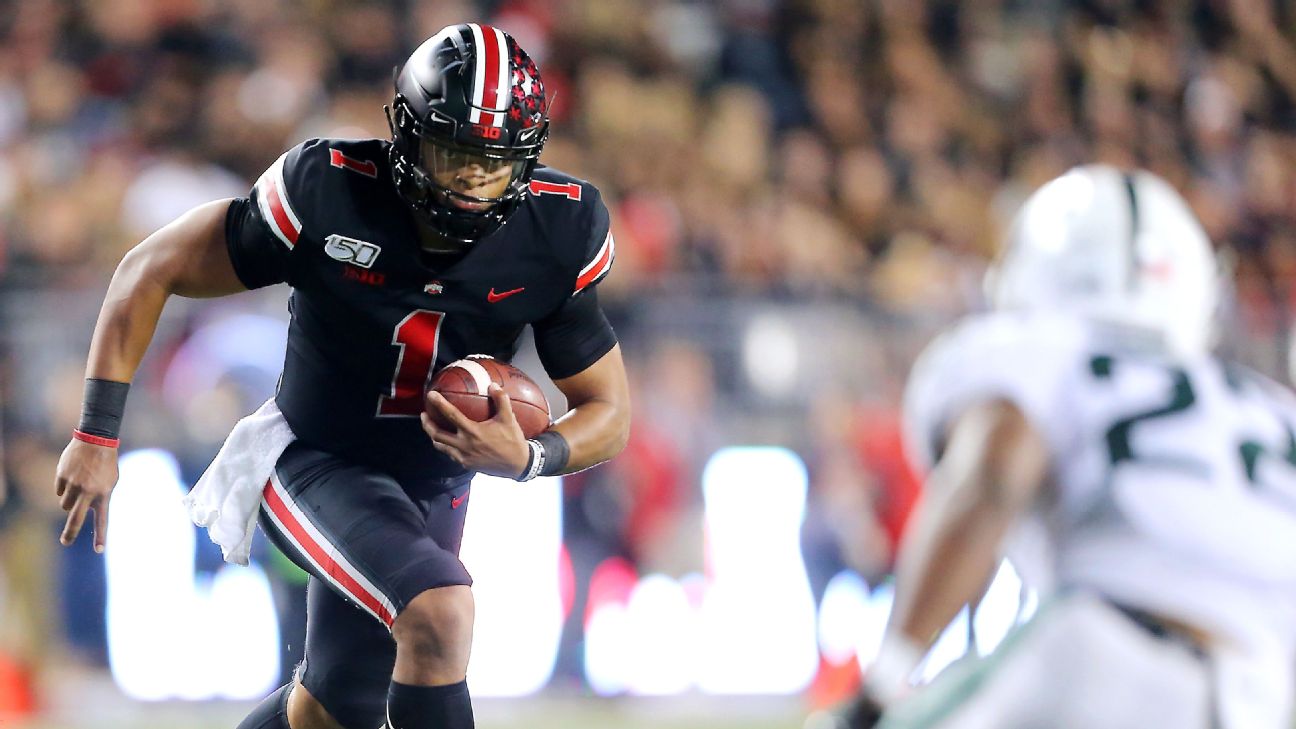 Penn State and Ohio State are two top-10 teams facing off for what could be the East's berth in the Big Ten championship game and a potential spot in the College Football Playoff.

While Ohio State is ranked No. 2 and Penn State is No. 8, the line on this game has Penn State at +18.5. That's partially because the Buckeyes are averaging 51.5 points per game, but it also has a lot to do with the matchup between quarterback Justin Fields and the Ohio State passing game against Penn State's pass defense.

The Nittany Lions' defense has been stout this season, but if there is any weakness, it's the pass defense, which ranks 84th in pass yards allowed per game, giving up 240.3 yards a game. Compare that to the 75.9 rush yards per game the defense is allowing, which ranks fourth, and you can see where Fields and his receivers have an opportunity on Saturday.

To go even further into those numbers, 13.5% of Fields' pass attempts have been completed for a touchdown, which is first among all quarterbacks. To go beyond the attempts, 70.4% of his completions have gone for a first down or touchdown, which ranks second and is just ahead of Minnesota's Tanner Morgan.

Morgan provided a look at what a high-powered passing attack can do against Penn State when he threw for 330 yards and three touchdowns against the Nittany Lions.

The good news for Penn State is that they have the opportunity to correct their mistakes from that game. The bad news is the defense wasn't able to correct it in the following game against Indiana, when the defense gave up 371 passing yards.

Penn State is going to need its leaders in the secondary to have their best games of the season. Tariq Castro-Fields (81 rating) and John Reid (78) each have two interceptions on the season and between them 14 passes broken up.

The defense is also going to need a strong performance from linebacker Micah Parsons (94 rating), from defensive tackle Robert Windsor (95) and on the edge from Shaka Toney (83), Yetur Gross-Matos (63) and Jayson Oweh (48) to get after the quarterback and try to create sacks.

Wisconsin was able to sack Fields five times earlier this season, holding him to only 167 passing yards and two touchdowns. Its defense put up a fight in the first half, but the second half was a completely different story, when Ohio State scored 28 points in the rain and won 38-7.

That showed how balanced this Ohio State team is. Fields only threw for two touchdowns, but he also ran for a score and got help from talented running back J.K. Dobbins (90 rating), who ran for 163 yards and two touchdowns.

It didn't hurt that the Ohio State defense bottled up Wisconsin running back Jonathan Taylor for 52 yards and no touchdowns, while holding quarterback Jack Coan to 108 yards passing and one touchdown.

Defending this Buckeyes offense has been difficult for every team it has faced so far this season and this is going to be the biggest challenge Penn State will face yet. Fields has shown very few weaknesses in the pass game, and when things break down, he isn't afraid to create plays with his feet, making him that much more difficult to defend. 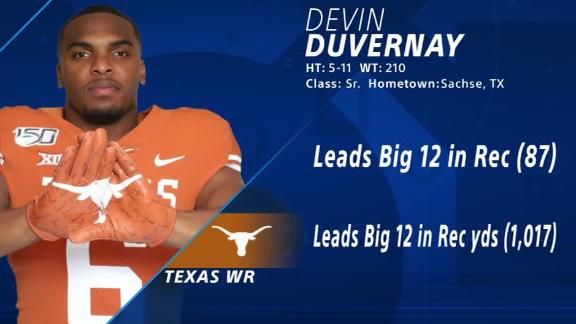