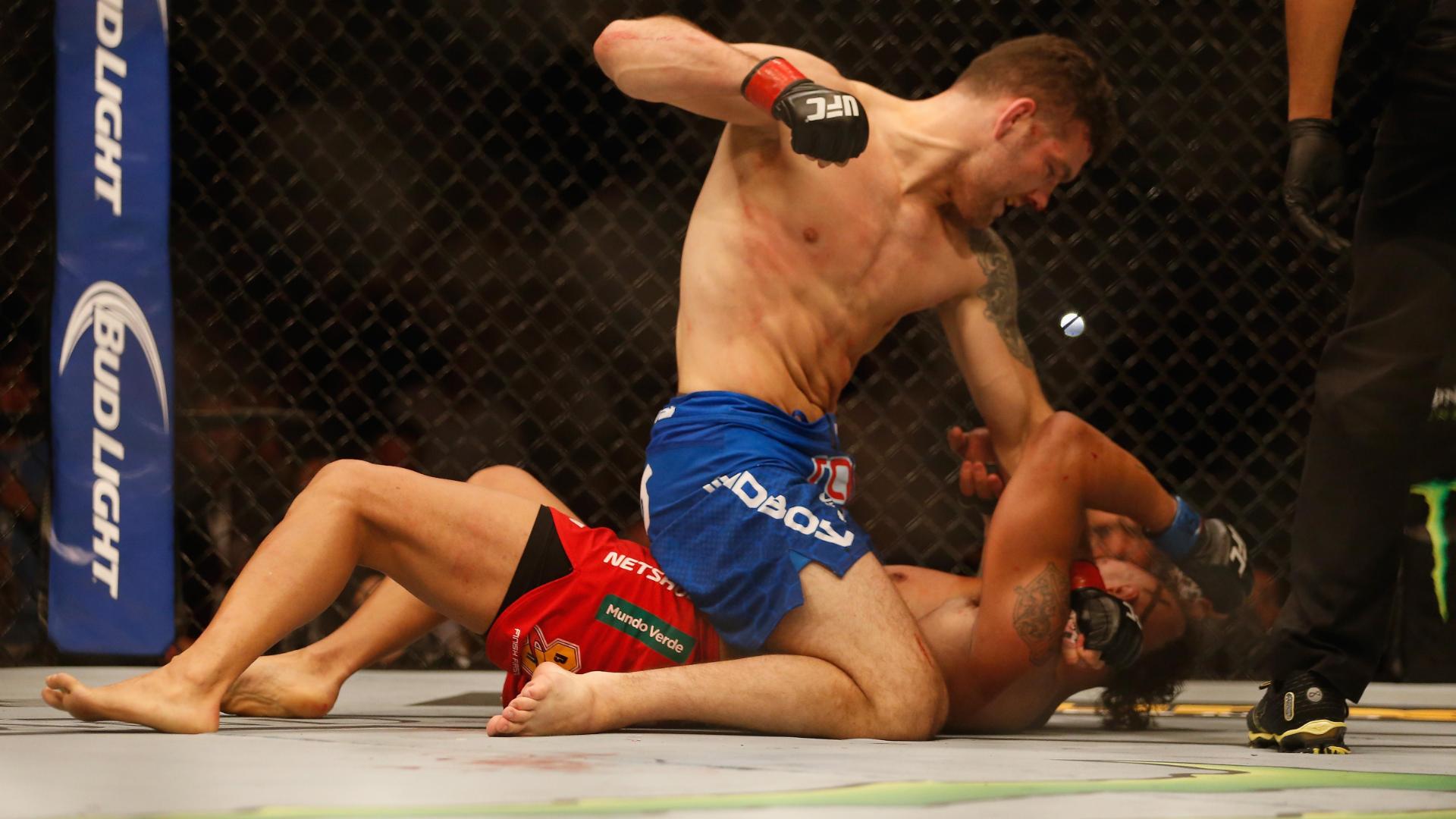 ESPN
By Brett Okamoto
LAS VEGAS -- A UFC middleweight title fight more than one year in the making ultimately lasted less than three minutes. It was an interesting three minutes.

Chris Weidman (13-0) recorded the third defense of his 185-pound title on Saturday, defeating Vitor Belfort via TKO at 2:53 of the first round. The fight, which served as the co-main event of UFC 187 at the MGM Grand Garden Arena, was originally supposed to happen one year ago but was postponed several times for various reasons.

Fighting for the first time since November 2013, Belfort (24-11) hurt Weidman during an early exchange and then opened up with a flurry of punches along the fence. The initial punch that clipped Weidman landed in a wild scramble that had both men flying across the cage, attempting to find their balance.

Weidman, 30, put his back on the fence and covered up from the barrage of follow-up punches. Belfort, who holds the UFC record for finishes inside the first round with 12, grabbed the back of Weidman's neck with his left hand and looked to fit in uppercuts with the right. Weidman eventually pushed him away and reset.

"All I was thinking was, 'You're tiring yourself out,' " Weidman said. "He hit me with some good shots but I've been there in sparring. I was just covering, covering."

After the reset, Weidman snapped Belfort's head back with a jab as he tried to come forward with a right hand. With 3:30 still to go in the round, the former collegiate wrestler changed levels and took Belfort down, changing the entire complexity of the fight.

Shortly after the takedown, Weidman moved into half-guard and then full mount. He rained down punches as Belfort covered up. The Brazilian managed to survive for a while, but was never close to escaping the position. It is the fourth knockout loss of Belfort's career.

"Chris is a great fighter," Belfort said. "I knew he wanted the fight on the ground. He had a better night. It was a better night for him. I should have kept my distance and punched him, kicked him -- but I let him take me down."

During the official UFC 187 weigh-in on Friday, Weidmanaccused Belfort of cheatingafter finding out the results of several pre-fight drug tests. The New York native felt several of Belfort's testosterone levels were suspicious. Belfort, 38, was previously given approval for the use of testosterone-replacement therapy (TRT).

As the fight started, however, Weidman offered an invitation to touch gloves and buried the hatchet once the bout was over.

"I'm the last person who wants to bad-mouth somebody, but there were some things that were really off about those scores," Weidman said. "But I got the 'W' and that's what matters."

Weidman has now finished four of his last five fights via knockout. Fighting out of LAW MMA in Garden City, New York, he won the title in a knockout victory over Anderson Silva in July 2013. The UFC has not announced the next 185-pound title contender, although it's expected to be former Strikeforce champion Luke Rockhold (14-2).

"Luke Rockhold and Jacare [Ronaldo Souza]are both guys that could do it," UFC president Dana White said. "I don't know yet. I've got to get back in the lab and see what we're going to do." 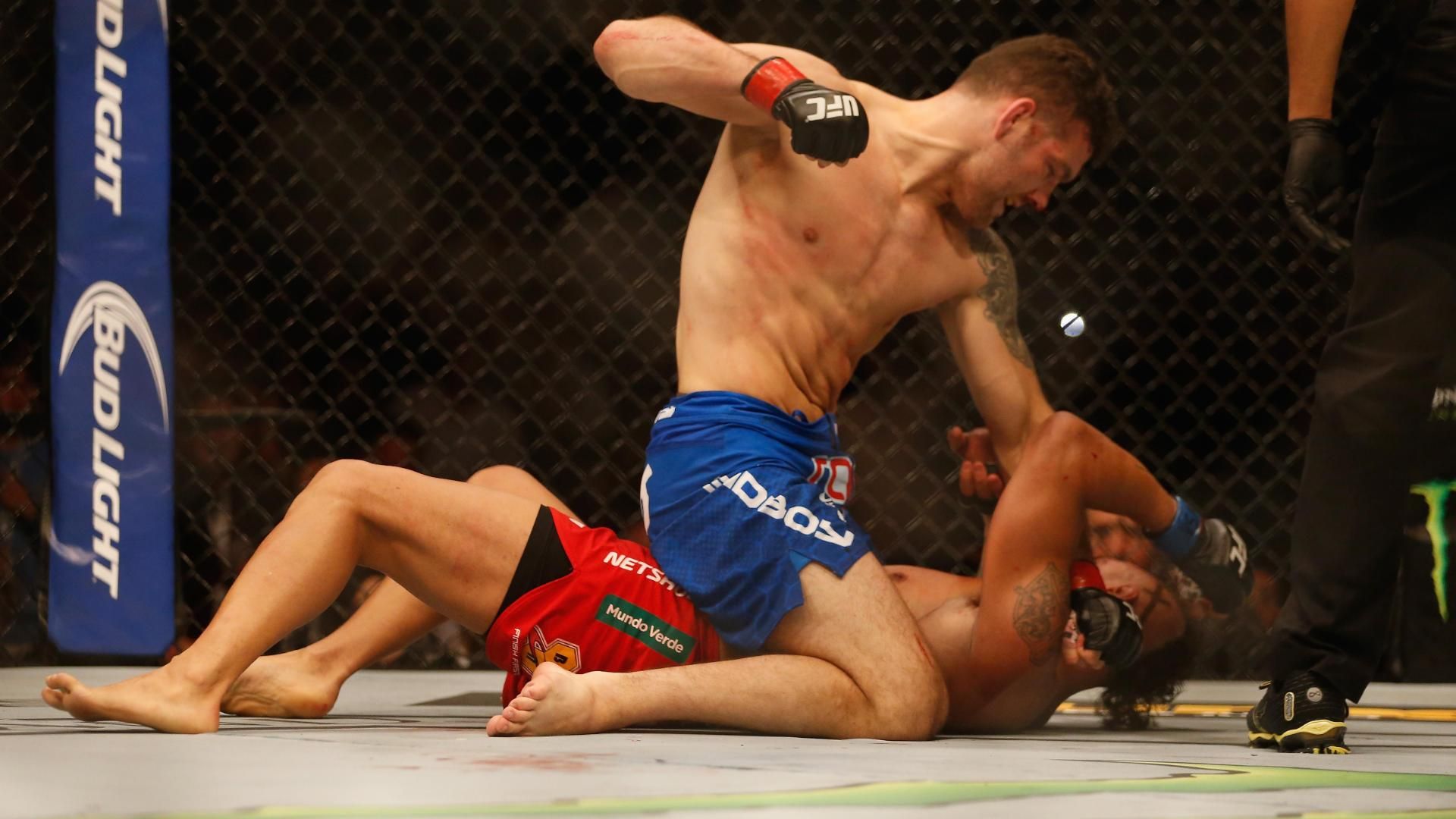