Clemson's Deshaun Watson among those going to NFL 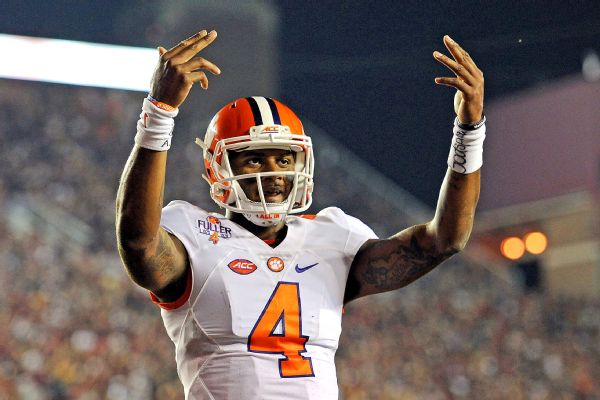 COLUMBIA, S.C. -- Clemson coach Dabo Swinney said the school is honoring quarterback Deshaun Watson, tailback Wayne Gallman and receivers Mike Williams and Artavis Scott, all juniors, because they are heading to the NFL after this season.

"Those guys indicated to me back in the summer that this was going to be it for them," Swinney said Tuesday. "They were going to graduate in December, and their plan was to be a senior. They're more seniors than some of the seniors."

The group will be honored at Senior Day on Saturday when the third-ranked Tigers host Pitt. It's an honor reserved for players who aren't returning.

"All those guys are planning on moving on," Swinney said. "Definitely want to honor them while we have the opportunity. They've earned it."

Watson, a Heisman Trophy candidate, is expected to be among the first quarterbacks taken in next year's NFL draft. Williams, who is 6-foot-3, is also considered a first-rounder.

Gallman and Scott are also expected to be drafted. 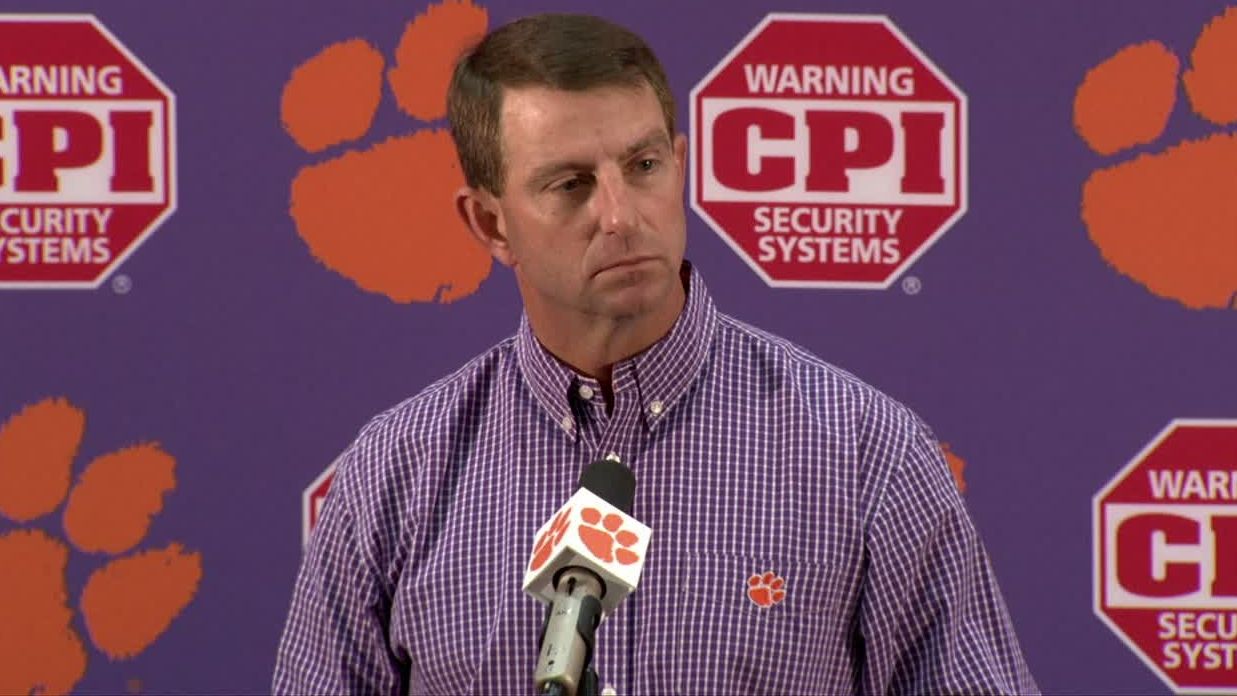