Rodgers had 313 yards passing and Adams had 113 yards receiving to help send Philadelphia (5-6) to its first home loss this season.

The Packers (5-6) kept their sinking playoff hopes alive but they're still two games behind the Lions (7-4) in the NFC North.

Carson Wentz had 254 yards passing, ran for a score and threw an interception. The last-place Eagles are 2-6 since a 3-0 start.

Rodgers came out firing and led the Packers on consecutive touchdown drives to start the game. Rodgers extended the opening drive by running twice for 25 yards and tossed a 12-yard TD pass to Adams for a 7-0 lead.

That's the first time this SEASON the #Eagles have allowed points in the 1st quarter. NOT a good omen.

After the Eagles answered on Wentz's 1-yard TD run , Rodgers led another 75-yard scoring drive. He threw a perfect 20-yard TD pass to Adams to give the Packers a 14-7 lead early in the second quarter. Nolan Carroll had excellent coverage on the play, but Rodgers put the ball in a tight spot and hit Adams in stride in the back of the end zone. 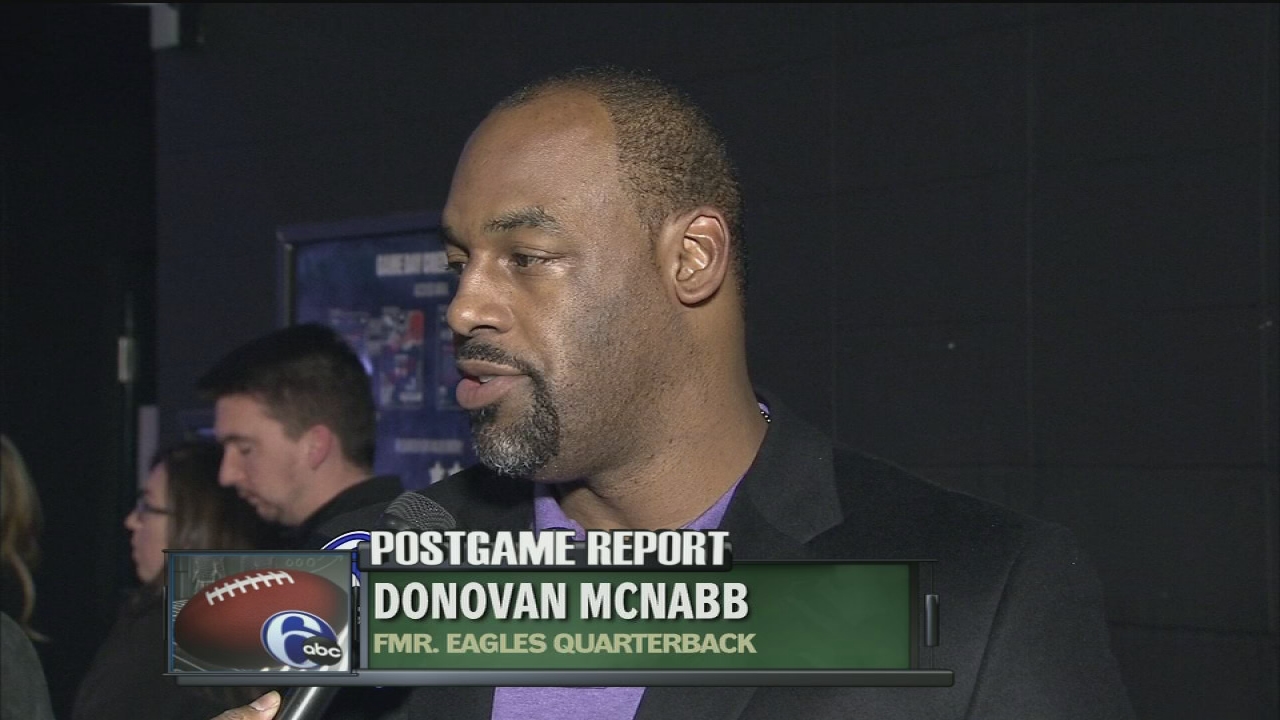 The Eagles had allowed only three touchdowns at home while outscoring opponents 108-38 in their first four games at Lincoln Financial Field.

Green Bay gave up at least 30 points in each of its previous four games, including 89 in the last two. But the defense harassed Wentz and shut down the Eagles' inconsistent offense.

KEY STATS: The Packers were 10 for 14 on third down and 1 for 1 on fourth. The Eagles had no sacks and no takeaways.

NOT AGAIN: Eagles DT Fletcher Cox, an All-Pro last year, committed his third roughing-the-passer penalty to extend an opponent's drive this season. The first two led to TDs in losses at Detroit (24-23) and at Washington (27-20). His late hit on Rodgers in the third quarter allowed Green Bay to keep the ball and Ripkowski scored several plays later.

HIGHLIGHT PLAY: Rodgers and Adams connected for another eye-popping play in the third quarter. Adams was covered well on a deep pass, but Rodgers threw it in the right spot and Adams made an outstanding over-the-shoulder catch for a 50-yard gain.

BAD THROW: The Eagles drove to Green Bay's 45 on the first possession of the second half before Wentz badly overthrew Zach Ertz and was intercepted by Ha Ha Clinton-Dix . The turnover led to a field goal for the Packers.

CHALLENGING: Eagles coach Doug Pederson challenged a 2-yard catch in the third quarter - and won - so the Packers had a second-and-10 instead of second-and-8. But the untimely challenge meant Pederson couldn't toss the red flag the rest of the game.

INJURIES: Eagles WR Jordan Matthews injured his right ankle making a twisting catch in the second quarter. He briefly returned to start the third quarter before leaving the game for good. DE Marcus Smith left with a shoulder injury. RG Brandon Brooks was hospitalized with an illness and Isaac Seumalo made his first career start in his place. ... Packers LB Clay Matthews left the game with a shoulder injury on Philadelphia's first drive, but came back.

HONORED: Merrill Reese, the Eagles' play-by-play radio announcer for the last 40 seasons, and four-time Pro Bowl middle linebacker Jeremiah Trotter were inducted into the team's Hall of Fame at halftime. 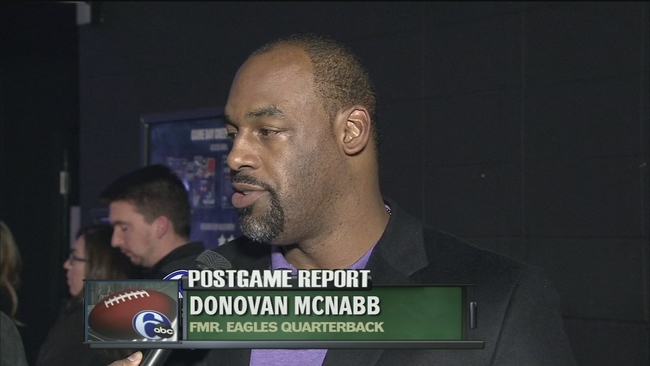 McNabb: It's about cleaning up mistakes for Eagles
More Videos
From CNN Newsource affiliates
TOP STORIES