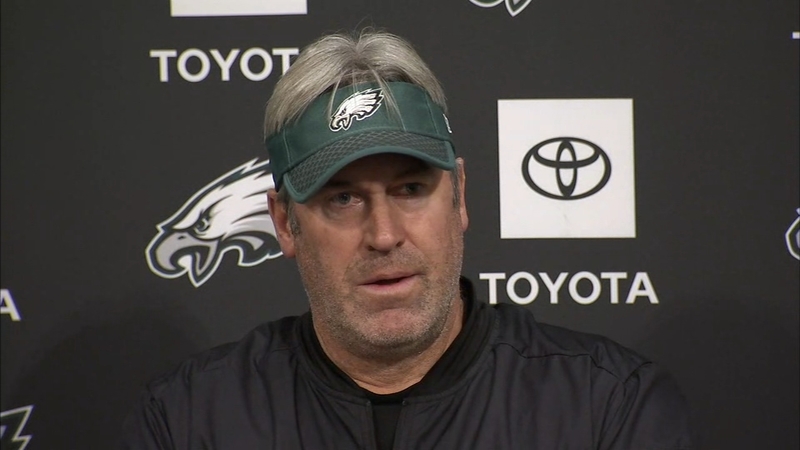 PHILADELPHIA (WPVI) -- The Philadelphia Eagles quarterback Carson Wentz has officially been ruled out for Sunday's game against the Los Angeles Rams.

In a somewhat heated press conference Friday morning, Pederson said Wentz will not need surgery on his back.

"Here's what I can confirm - that he has a stress injury. That this thing has evolved time and it requires zero surgery to heal," Pederson said.

Wentz will travel with the team to Los Angeles.
"If we put him out there, that has to be 100% that there's no risk of anything further," Pederson said Friday before the team officially ruled him out on Saturday.

Wentz was diagnosed with a fractured vertebra in his back Thursday.

When asked if it was a stress fracture, he told reporters they can word it however they want.

"The fact that he doesn't need surgery on this is the best news that you could possibly have on anybody that has a stress fracture, or stress injury in this case," Pederson said.

Pederson repeated numerous times during the press conference that the injury has evolved.

"He has a stress injury, evolved over time, and it requires no surgery. I'm not answering any more questions about it. We're playing the Rams in two days, if you guys haven't figure this out. So he's listed as questionable. That's the way it is," Pederson said. "I'm not going to get into a ton of specifics."

Pederson said Wentz underwent a test on Tuesday and things progressed from there.

He downplayed the QB as injury prone, saying the injuries come with the violent nature of playing in the NFL. He did admit the team has to protect him better.

Doug Pederson answers questions on Carson Wentz during a press conferrence on December 14, 2018. 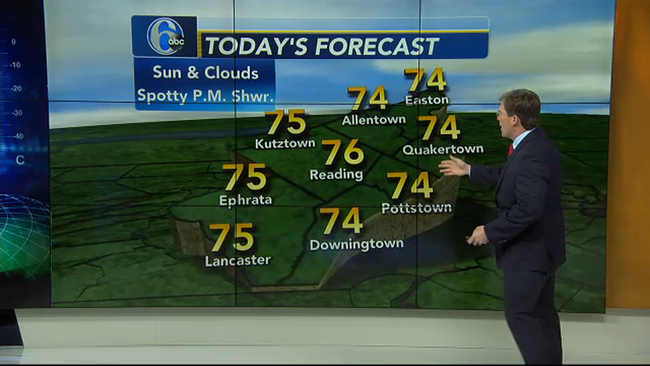