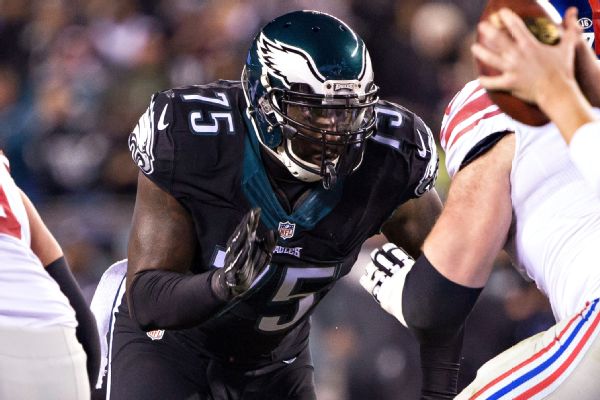 The Philadelphia Eagleshave released defensive end Vinny Curry on Friday in a move that will provide $5 million in salary-cap relief.

Curry, 29, was set to make a base salary of $9 million in 2018. The Eagles attempted to restructure his contract in an attempt to keep him but were unable to come to an agreement. Trade options were also explored before his release.

The loss of Curry is offset at least in part by the addition of Michael Bennett, who was acquired from the Seattle Seahawks along with a seventh-round pick for a fifth-rounder and wide receiver Marcus Johnson. He joins a defensive end rotation that currently includes Brandon Graham, Derek Barnett and Chris Long.

The Eagles signed Curry to a five-year, $46 million in 2016. He started for the Super Bowl-champion Eagles last season and paced the teams with 41 quarterback hurries but finished the season with just three sacks.