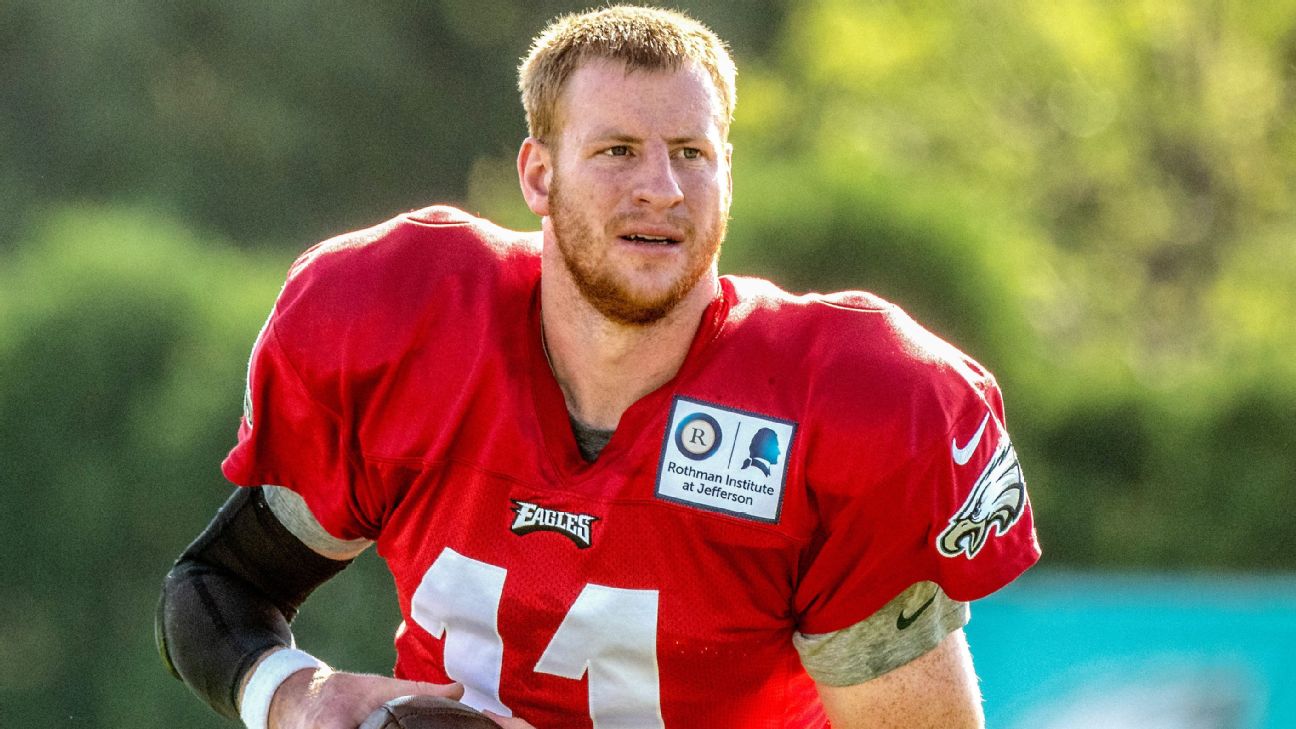 Multiple star players on the Philadelphia Eagles have defended Carson Wentz on Twitter after the Philly Voice published a report in which team sources describe the quarterback as being "selfish," "uncompromising" and "egotistical."

The Philly Voice report, published Monday morning, cites more than half a dozen anonymous Eagles players and other sources close to the team.

The report describes an uneasy dynamic within the Eagles organization, with sources accusing Wentz of playing "favorites" and failing "to take accountability" while describing Nick Foles as "universally loved."

Tight end Zach Ertz, who was identified in the report as Wentz's favorite, was among Eagles players to tweet in defense of Wentz on Monday. He was joined by star defensive lineman Fletcher Cox and right tackle Lane Johnson, who called the report "#fakenews."

"You are seeing what his teammates are saying about Carson. Great leader in the locker room and on the field. He's a good person, great character. Story has no legs,"an Eagles senior team official told ESPN's Sal Paolantonio.

Wentz missed the final three regular-season games and both of Philadelphia's postseason contests with a stress fracture in his back.

Foles, who led the franchise to its first Super Bowl title last year in place of the injured Wentz, stepped in again this season and helped guide the Eagles back into the playoffs and into the NFC divisional round, where they were eliminated by the Saints.

The Eagles announced last week that Wentz would be their starting quarterback going forward.