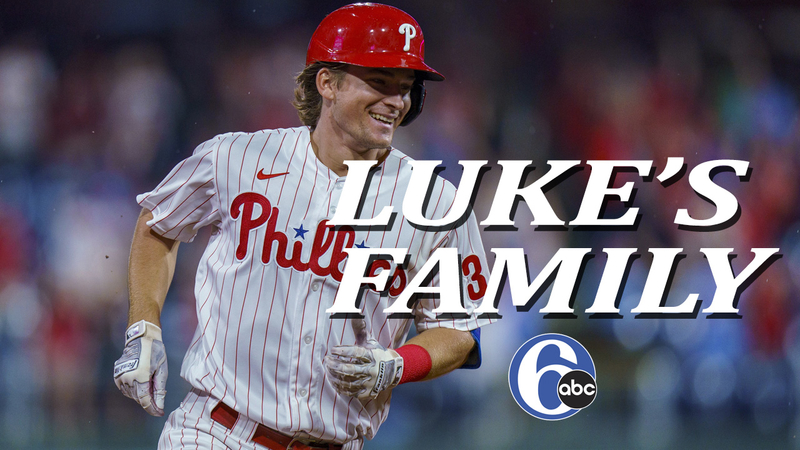 PHILADELPHIA (WPVI) -- It's a welcome to the majors moment you dream of.

Rookie Luke Williams is the first Philadelphia Phillie to ever hit a walk-off home run in his first Major League Baseball start.

The hit left him speechless Wednesday night as teammates went crazy and showered him with brotherly love.

"I don't know if I'll have words to describe that moment -- pretty incredible," said Luke Williams.

"It was so awesome! We were all close to passing out," said Williams' younger sister, Sami.

Making the moment even more special, his family was on the field to celebrate with him.

"It was incredible. It was absolutely incredible, one of the best hugs you'll ever have," said Williams' father, Mark. "Just everything he's gone through to being a little kid in Little League."

"I just gave him a big hug and told him I love him and proud of him. He's a hard worker," added his mother, Jeannine.
What a ride for Williams and his family. Within the last six days he helped Team USA qualify for the Olympics, he was called up to the majors for the first time, got his first major league hit, his first major league homer and his parents have been there to see it all.

His parents flew from their home in California to Florida for the Olympic qualifier. Then flew back to California and then here to Philadelphia on short notice. They left Los Angeles International Airport on a flight at 5 a.m. Tuesday, hours after their son let them know he was being called up. 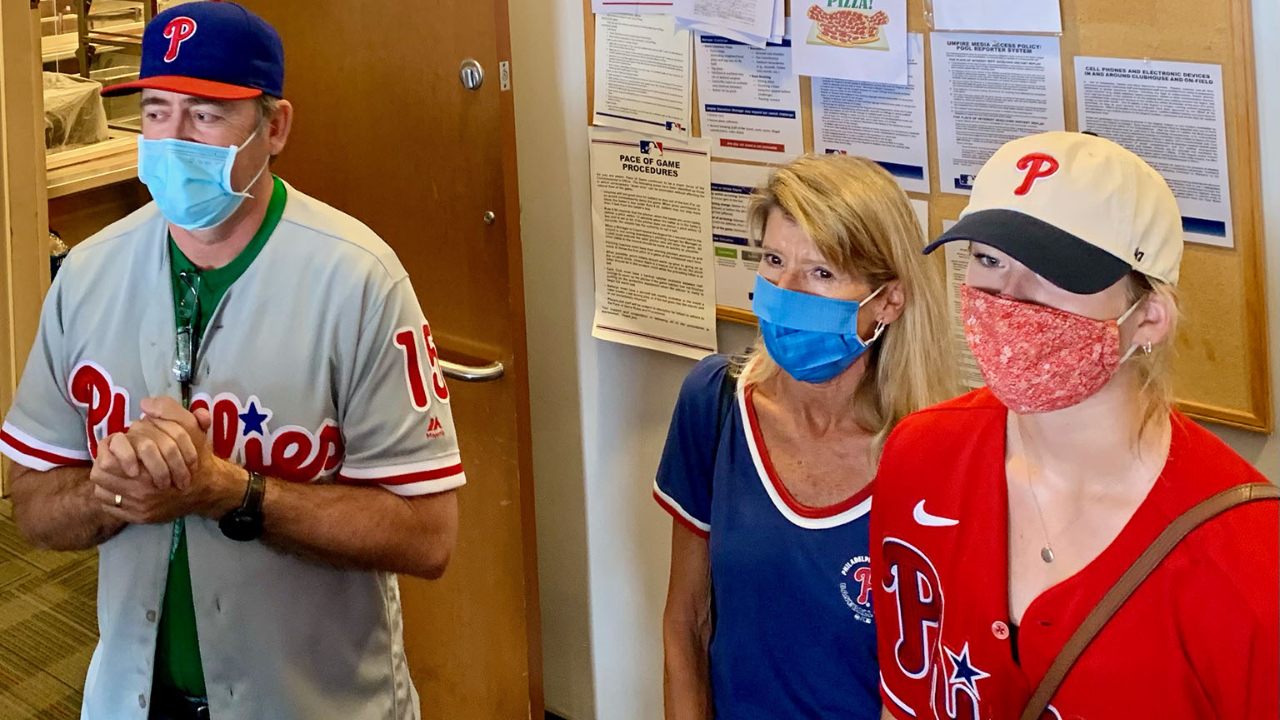 "It's pretty incredible to have them here and be able to witness it with me in person. Pretty special, you just can't make this up," Williams says about having his parents and younger brother and sister in the stands.

Before his first at-bat Thursday, in the series finale against Atlanta, he got a standing ovation from his parents and the entire crowd at Citizens Bank Park.

After six years in the minors, it's worth the wait for the former third-round draft pick and his family who can't wait for next week when they plan to watch him play in LA. It's just a short drive from where he grew up.