Fans fly high with Eagle pride after victory over Patriots 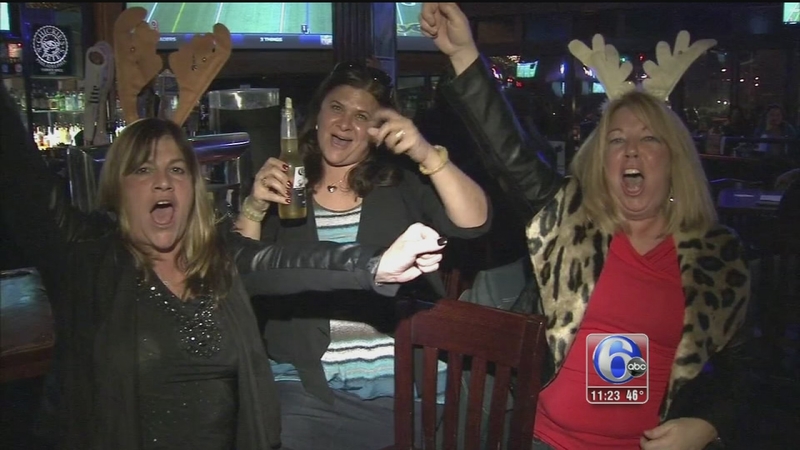 The Eagles surprised many with a 35-28 victory over the Patriots in the Patriots' own house Sunday.

The Birds weren't expected to win, but fans we spoke with said even with the odds stacked against the team, they had no doubt the Eagles would come out on top.

"We've been waiting for this for the whole season - since preseason," said Vickie Abernathy of Feasterville.

Big plays and a sudden lead over the New England powerhouse came as no shock to some fans.

"I said, 'The Eagles are going to beat the Patriots,'" Jeff Craig of South Philadelphia told Action News. "I called it. I said it at work, and they were like, 'You're delusional.' I said, 'No I'm not. You watch. They're going to win.'"

The Patriots nearly came back toward the end, closing the Eagles 21-point lead to seven.

"They were starting to lose in the beginning," said Johnny Mink of South Philadelphia. "I believe in miracles."

"It got tough, but when we were up 35-14 I knew it was curtains, baby," said Eagles fan Brandon Smith.

High off a fresh win, Eagles fans are focused on one thing.

"We won today. Hopefully next week we can beat Buffalo, and then we'll go from there," said Thames Pulliam of South Philadelphia. "Hopefully we get into the playoffs."