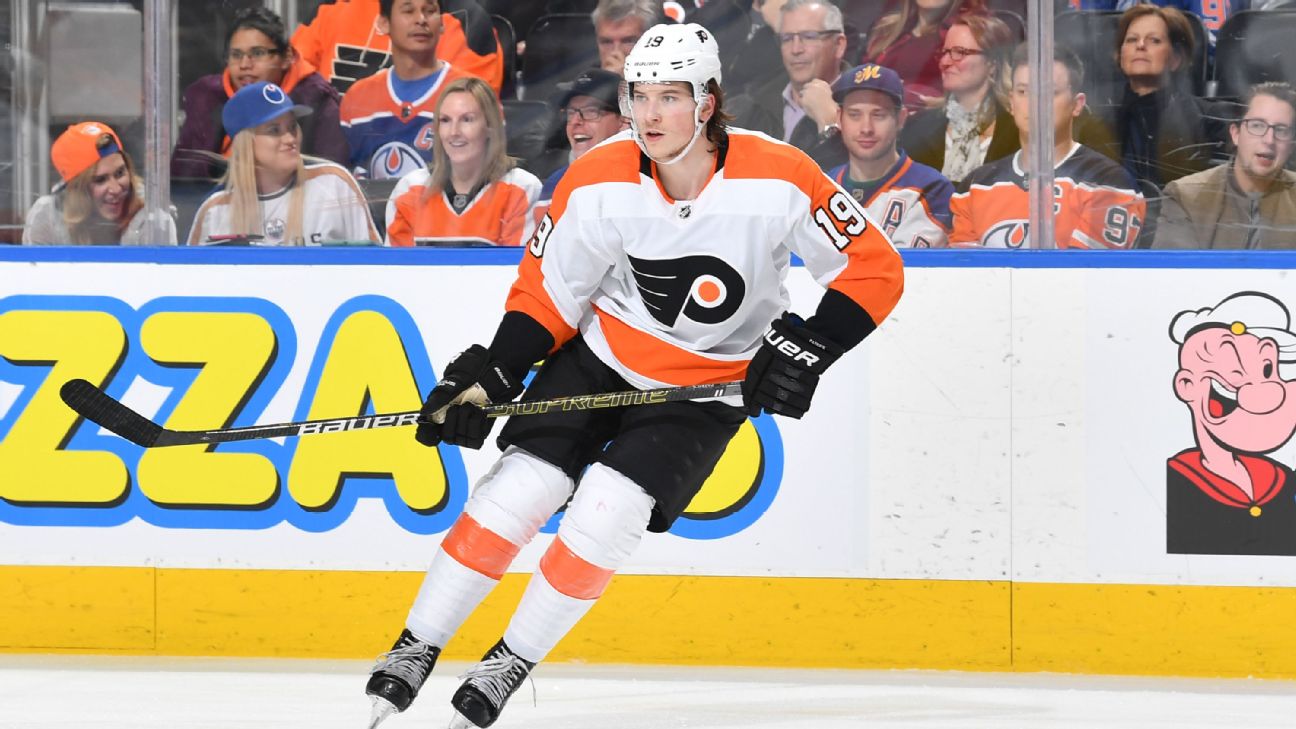 Patrick, the No. 2 overall pick of the 2017 draft, has been sidelined all season because of his condition. He has 26 goals and 61 points in two seasons with the Flyers. Fletcher said Patrick, 21, has been skating for longer and harder sessions and would likely need a conditioning stint in the AHL before he returned to the Flyers.

"I can just tell you from the on- and off-ice workouts he's doing, he is progressing," Fletcher said Tuesday. "There certainly isn't any clear path as to which way this will go."

The Flyers remain unsure when Oskar Lindblom will play again and he undergoes treatment for Ewing's sarcoma, a cancerous tumor that grows in the bones or in the tissue around bones.Lindblom, 23, had 11 goals and 18 points in 30 games this season. Lindblom has 30 goals in 134 career games over two-plus seasons with the Flyers.

"For him to return to play hockey means he's in a great spot in his battle," Fletcher said. "We're just keeping our hopes up. I'm sure he's got a lot of things on his mind right now, but if he's playing hockey this year, that would be a great conclusion."

Lindblom has visited his Flyers teammates during practice and sat courtside at a recent 76ers game. Lindblom has yet to speak publicly since his early December diagnosis.

"With this situation like this, when it's your personal health and a non-hockey thing, you always want to be a little bit careful what you say, but you know the treatments are going well and I know he's got a great attitude," Fletcher said. "But it's probably pretty early in the process to have that type of update. At some point, certainly, depending on what Oskar's thoughts are, hopefully we can make that available."
Report a correction or typo
Related topics:
sportsespnnewsnhlnolan patrickphiladelphia flyers
Copyright © 2020 ESPN Internet Ventures. All rights reserved.
More Videos
From CNN Newsource affiliates
TOP STORIES