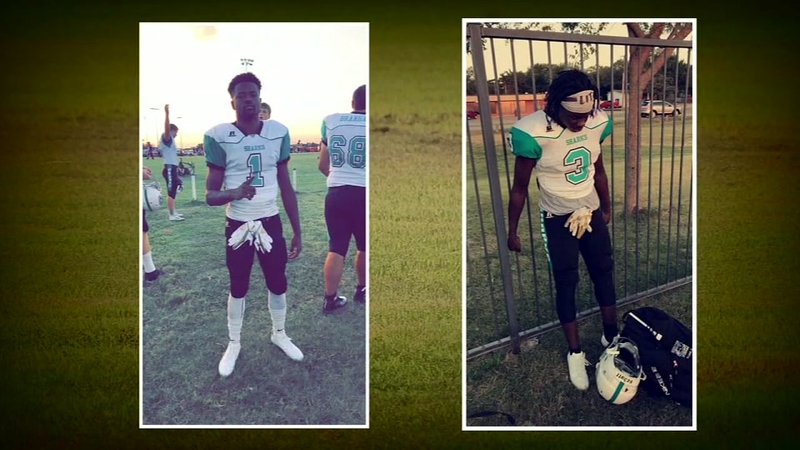 CROSBY, Texas (WPVI) -- Two high school football players from the Victory & Praise Christian Academy in Texas were kicked off the team after taking a knee during the national anthem Friday night. Those players told 6abc sister station ABC13 their protest, which has gotten national attention, worked.

Cedric Ingram-Lewis and Larry McCullough said they went to the game with a plan to take a knee during the anthem. They also told their coach, Ronnie Ray Mitchem, that they were going to follow through with their protest.

Mitchem said that the team has a long standing rule that players were not to kneel during the anthem. As a veteran, he told the team it would be offensive to him and other veterans.

"There is a proper time to do something in a proper way," Mitchem said.

After Ingram-Lewis and McCullough took a knee, Mitchem immediately asked the players to take off their uniform.

Ingram-Lewis' mother said the players shouldn't be told what time they can and cannot protest.

"He has a slave master mentality," she said. "If you were to go back to that when they wanted to tell us this is what you are going to do and this is how you do it. And if we didn't comply, we were beaten, whooped or even killed."
Mitchem added that he has stopped watching the NFL due to recent protests.

Across the country, professional athletes have taken a knee during the national anthem to protest racial injustices. Last year, Colin Kaepernick became the first player to use his platform as a NFL player to kneel and protest cases of police brutality and racial inequality.

Many of the students who are on the private school's football team are home-schooled.